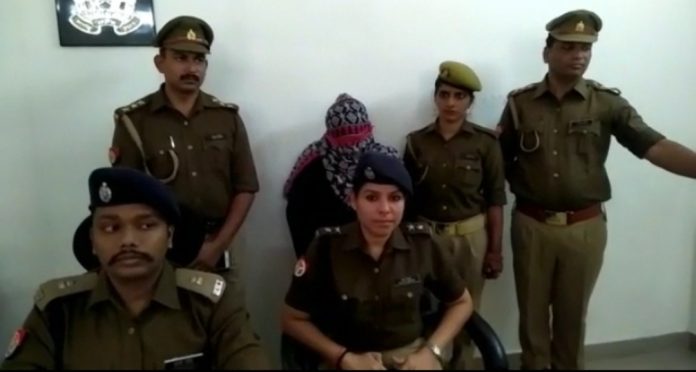 Moradabad: PS Majhola arrested a lady who was doing business of illegal charas and selling it in moradabad. Police recovered 500 gm Charas from her possession.
Police station Majhola had input about a lady was doing business of Intoxicant in which she was salling charas in all moradabad. SO Majhola made a team and raid at location Meena Nagar where lady namely Haseena was arrested red handed and police recovered 500gm charas.
According to Ankit Mittal, SP city of Moradabad, ” PS majhola arrested 1 lady was doing business of illegal  charas, smak and other intoxication things, she had More than dozen cases registered in police station”