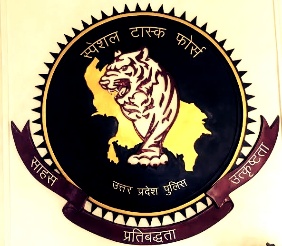 Khushinagar: UP Special Task Force arrested a vicisious criminal who was carrying a reward of Rs 50,00O on his head. The STF recovered a point .33 bor pistol and intoxicating materials from his possession, as he is a supplier of banned drugs and used to run his racket in Eastern UP and Bihar and supply these banned materials in these areas. 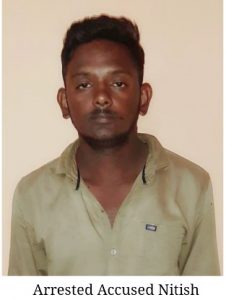 The UP Special Task Forces arrested the criminal Nitish Kumar Singh in an encounter with STF in Kusi Nagar under Kaaya police station. He was absconding from the police encounter in Dewariya. He is a famous dacoit and was active in Dewaria, Khushinagar in UP and Gopalganj in Bihar. As STF is de -faceing illegal work in order to control crime and other organised gang operation so it is acting on every tips with due seriousness. The STF is also getting success in attesting vicious rewarded crooks in the past one year almost. In this period such criminals who were absconding and or were out of police reach have been Nabbed by the STF which is really a prompt act of UP STF.

STF started campaign against a such anti-social eliments who were or are active in crime world but they are away from police control. The STF collected such data and started searching operation to intercept these people.

Under Police station of Kasaya district Kusi Nagar , STF received an information that a crook who is absconding in many loot, supplying of drugs and intoxication and carrying a reward of Rs 50,000 can be moove at said location soon. Afetr receiving this information,STF surrounded that particular areas and arrested namely Nitish Devariya after shootout and recovered .32 bor pistol and 2Kg. 370 gm Charas from his possession.

According to Abhishek Singh, SSP STF UP, ” Our STF team got success in arresting of Nitish Devaria against who m many cases were registered in various police stations that’s why he was a rewardee of Rs 50,000 and so we arrested him”

The Special Task Force have arrested many rewarded crooks and also many out of them were died during encounter with STF in the past one year.