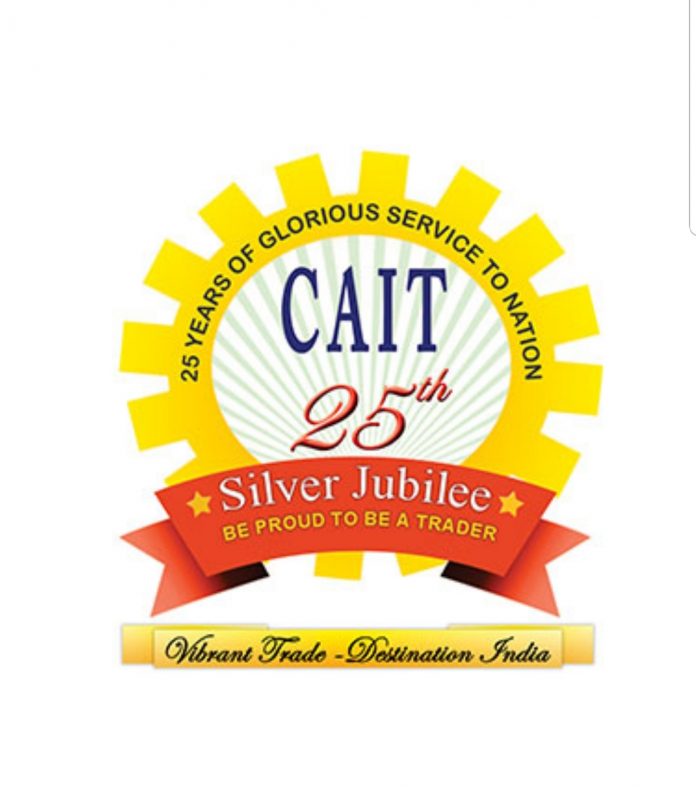 New Delhi-The Confederation of All India Traders (CAIT) has demanded the Union Government to set up an e commerce portal exclusively for small businesses since the existing portals have failed to provide equal opportunities and level playing field to small traders. The CAIT has also demanded early announcement of an E Commerce Policy and formation of a Regulatory Authority for e commerce business in India.

In a communication sent to Union Commerce Minister Shri Suresh Prabhu today, the CAIT has said that e commerce business in India is highly vitiated and has been gripped by few big online companies who are indulging into predatory pricing, deep discounting and loss funding much against the spirit of Press Note No.3 of 2016 of FDI Policy of the Government.

CAIT National President Mr. B.C.Bhartia & Secretary General Mr. Praveen Khandelwal said that inspite of making several complaints against such Companies no action has been taken so far which has encouraged these companies to flout the policy quite openly by inserting big advertisements on both electronic and print media luring the consumers directly even though they can not conduct B2C business. These Companies have created an uneven level playing field and are influencing the prices in the market. Except few of their own outfits, the sellers registered on their platform do not get fair and equal opportunity of selling their goods on respective e commerce platforms. They are giving preferential treatment to few of the sellers.

Both Mr. Bhartia & Mr. Khandelwal said that in absence of any policy, firm guidelines or rules and regulations, these online companies are treating e commerce business as an open play ground with having their own rules set up by them which is proving much disadvantageous to offline business in the Country.

Mr. Bhartia & Mr. Khandelwal demanded that the Government in association with Trade Associations should launch an E Commerce Marketplace portal where small traders, artisans, women entrepreneur and others can sell their products in a fair & transparent manner.

The trade leaders said that e-commerce policy which is pending for a long time should be finalised immediately and put to implementation. It is also urged that stakeholders must be consulted before finalising the said policy.They also demanded that a Regulatory Authority should be formed to monitor and regulate E Commerce business in India. The said Regulator should be armed with penal powers as well for taking action against any Company which violates the policy or guidelines.