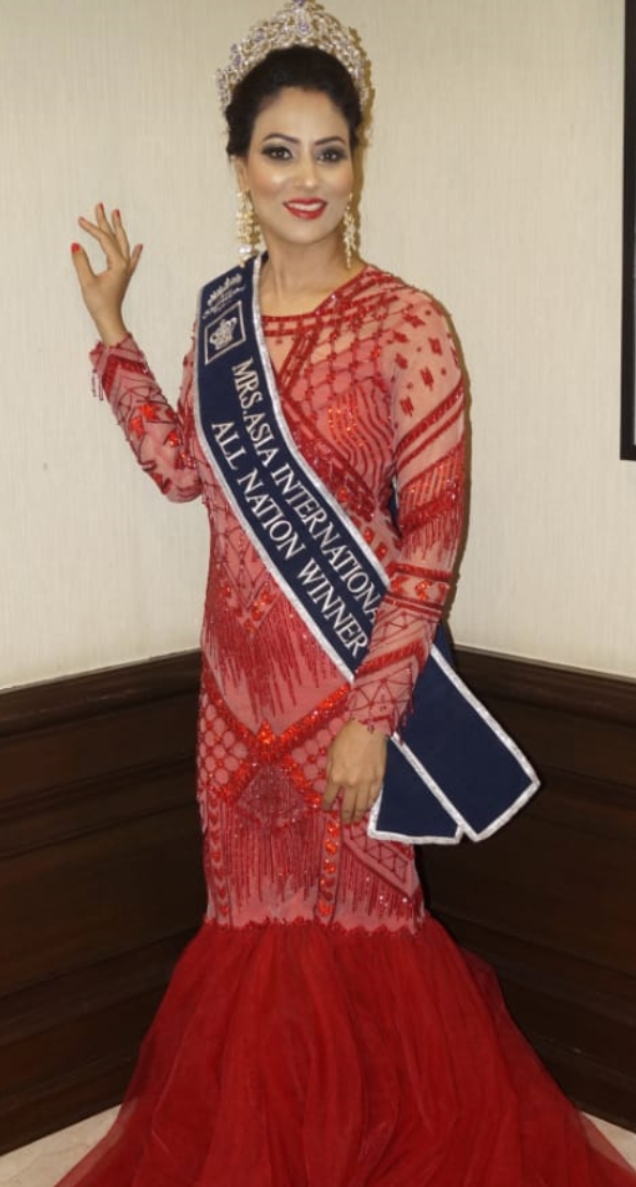 New Delhi :  A versatile talented Jaipur-based doctor Anupama Soni, who won the title of Mrs. India in August, recently made India proud by grabbing attention on a worldwide platform by winning Mrs. Asia International 2018. Well, she was witnessed in Delhi for the same and interacted with media in a press conference held at PVR Plaza, Connaught Place.

As per the details revealed, Anupama is a mother of two children, who have two titles of Mrs. India & Mrs. Rajasthan to her credit, and then she started her preparations to represent India in the international beauty pageant, and finally, she titles as Mrs. Asia International 2018 and subtitle Mrs. Photogenic.

While talking to Delhi Media Anupama shared her experience and happiness for the same, she stated, “It was a wonderful journey with lots of new experiences, learning, meeting international contestants with a different culture, backgrounds, food habits with many differences. Still, we were alike as a woman, as a human. All had different stories to share but all were mothers, homemakers, career woman.”

Further, she added, “We were welcomed by the governor of Rayong & director of tourism Thailand. We visited local areas and cities to have a look of religious beliefs, their art and culture food habits and etc. The journey was also that easy, the first day was a photo shoot and visit for local food. The second day was the talent round where I got selected in top three. After presenting Chari and Kalbeliya dance forms. The entire audience was amazed by witnessing the dance performance and colorful costumes. That performance at talent round helped me a lot to gain more and more confidence to win this crown. Day by day we faced new rounds and challenges, the last 6th day was National Costume round. For me, it’s a great honor and privilege to present my country on an International platform.”