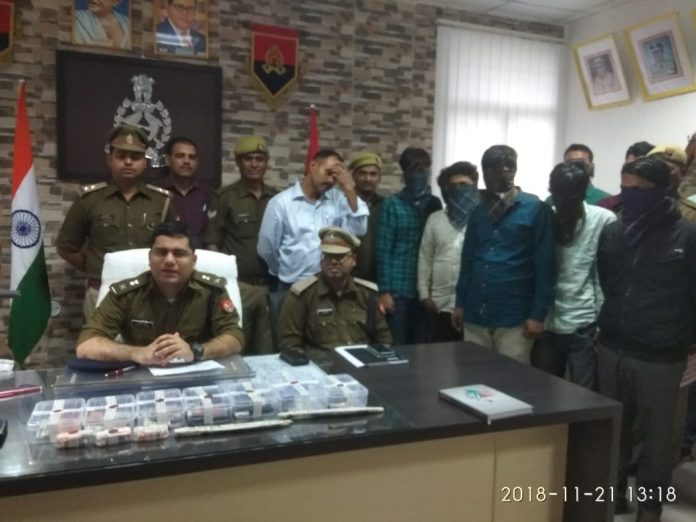 Now a days ATM fraud Cases are very common and is increasing day by day in which account holders receive messages of translations although they have not done any transactions but amount of money from their cards were withdrawn but they had already ATM cards with them.

According to Akash Tomar, SP Sant Kabir Nagar, “Police team arrested 6 accused who were active in many district’s of UP in nearby districts like Gorakhpur, Siddharth Nagar, Basti, Dewariya etc. They used to change ATM cards of the persons who had gone to withdraw money from ATM machines and they used to change the ATM cards and withdraw the amount by such stolen ATM cards.”