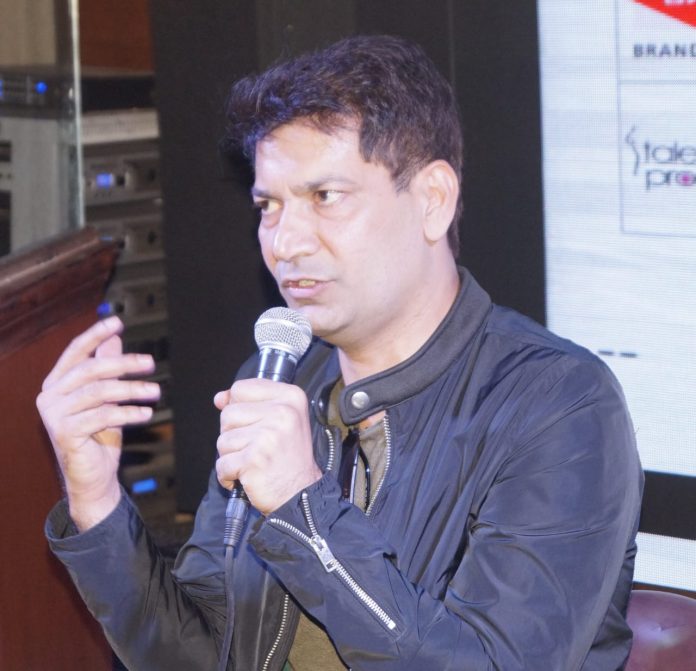 New Delhi: The well-known singer and artist of our Indian entertainment industry Jasbir Jassi, witnessed in New Delhi for the launch of his latest single “Tere Thumke”. The event took place at Warehouse Cafe, Connaught Place. While talking to Delhi media Jasbir shared his views for the same. Presented by TPZ Records, the super hit song “Tere Thumke” is already touching the hearts of millions of people.

Talking about his song Jasbir stated, “I am ready glad to bring this song, there are big promoters who are with us. Tere Thumke is finally out and almost it’s a hit one, so I am really happy. There is no vulgarity in my song. It was already there in my mind to not to promote indecency. Many people and companies promoted alcohol & drugs in their work. You can see what happened to Punjab. Basically, it’s our duty to take our youth out of such bad habits. So through music, we are trying to showcase some good message.” Further on Honey Singh, he added, “When in past I was talking against Honey Singh and his double meaning songs, people took it wrong. The beats of his songs were really good but I always said he should not portray double meaning lyrics, even though few people from press stated that Jassi is jealous because he is doing nothing out of his work. It was actually a problem, but still, I spoke up. And yes struggle is still on.”

Well, as per the details revealed TPZ Records is a record label that focuses on music to touch the hearts of its listeners. Believe in investing in the music, talented artists and their finesse in the notes. TPZ Records, with its super hit song “Tere Thumke” by the legendary singer “Jasbir Jassi” is already touching the hearts of millions of people. Receiving a lot of love and appreciation from the Who’s Who of the industry. Following the creative route, the label is producing a variety of music, from Punjabi to pop to classical to folklore to Bollywood.

Last but not least is the great minds behind this label- Pinkeesh Deveda and Paramjit Chawla, sprouting this from their parent company Talent Promoterz. Their expertise, invaluable knowledge, management skills make TPZ records what it is today in a very short time.