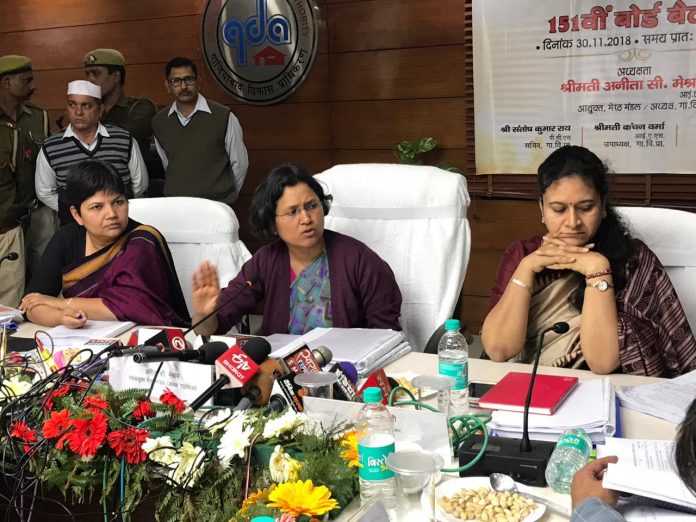 Ghaziabad: 151th GDA Board meeting was held in the presidentship  of Anita C, Meshram, the chairperson of GDA/commissioner of Meerut Commissionary

Ghaziabad: The GDA board approved 37 proposals and six partially revised on Friday in its board meeting. It was held 151th GDA Board meeting in GDA under the presidentship  of Anita C, Meshram, the chairperson of GDA/commissioner of Meerut Commissionary.

Anita C. Meshram told that GDA is going to start Single Window System in December for public. There will be four windows related with each issue separately as property, engineering, enforcement and miscellaneous issues. The concern person will be called to meet VC, Secretary and other offers and mostly their issues will be short out within three days.

She told that the proposals those are approved/sanctioned in meeting today are prominently as stilt parking on the plot of 150 square meter, sanction of map of CISF camp, land use change for PM Housing Scheme, cancellation proposal of multi level parking in RDC, Rajnagar, to pass maps for newly banquet halls, to provide concession in development fee and FRA to develop Transport Nagar on PPP mode, and so many others.

The district magistrate Ritu Maheshwari, the VC of GDA Kanchan Verma, secretary of GDA Santosh Kumar Rai, GDA Board member Himanshu Mittal and many others participated in meeting.