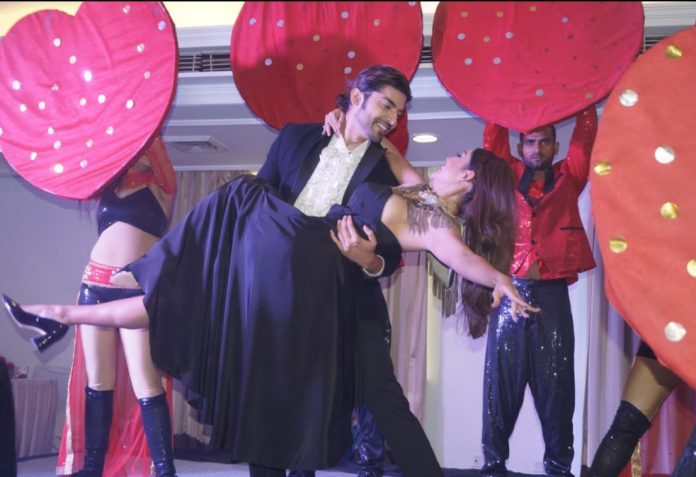 New Delhi: Country Club Hospitality & Holidays Ltd (CCHHL), India’s market leader in leisure and entertainment space, will host Asia’s biggest New Year Celebrations in India & Middle East on December 31, 2018. Therefore, the celebrity couple Gurmeet Choudhary with wife Debina was witnessed in the special launch of Millionaire Card by Country Club India. The event took place at The Ashoka Hotel, Chanakyapuri. Along with the duo the CMD of Country Club Y. Rajeev Reddy was also present to interact with media and showcase the uniqueness of upcoming Asia’ Biggest New Year Bash 2019. Whereas, Gurmeet & Debina also performed & interacted with the press and shared their views and excitement for the same.

Speaking about the 12th edition of Asia’s Biggest New Year Bash 2019, CCHHL chairman Mr. Y. Rajeev Reddy said like every year all roads on New Year’s Eve will lead to Country Club. He even gifted Millionaire Card as well. Where Debian got highly excited after receiving the card.

Mr. Reddy informed that the festive season for Country Club began on a terrific note with the launch of its Millionaire Cards. The overwhelming response to these cards mirrors the strength of the brand Country Club, he said.

To provide a fresh impetus to its growth plans, CCHHL has tied up with leading issuers of credit and debit cards in the country. Mr. Reddy said as the Indian economy expands, the company sees huge potential in the leisure and entertainment space as these segments are expected to grow exponentially. CCHHL being a market leader is well equipped to capitalize on this growing opportunity, he added. Country Club aims to reach one million membership cards in the next five to seven years. CCHHL, which recently celebrated its 25 years of existence, has a current membership base of 4 Lakh member families.