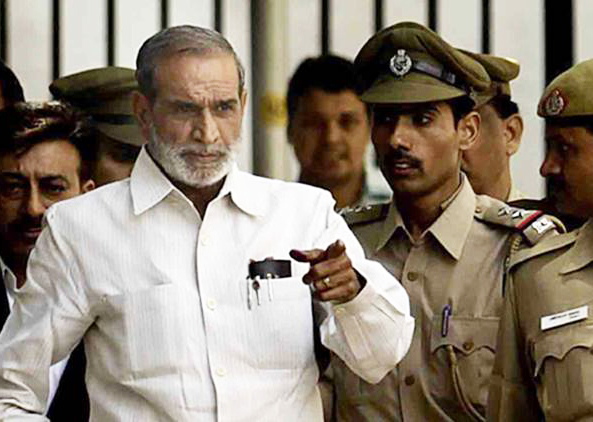 @ A News Of India Bureau

New Delhi: Congress leader Sajjan Kumar has been sentenced to life  in a 1984 anti-Sikh riots case by the Delhi High Court after cancelling his acquittal from a lower court. “It is important to assure the victims that despite the challenges truth will prevail,” the High Court said.
A bench of Justice S. Muralidhar and Justice Vinod Goel overturned a trial court judgement that had acquitted the Congress leader.

Sajjan Kumar, 73, was convicted in the killing of five members of a family in Delhi. He has been asked to surrender by December 31 and cannot leave the city.

The convicts had challenged the verdict and their sentence by the trial court in May 2013.

The CBI had also filed an appeal against Sajjan Kumar’s acquittal, alleging that the mobs were engaged in “a planned communal riot” and “religious cleansing”.