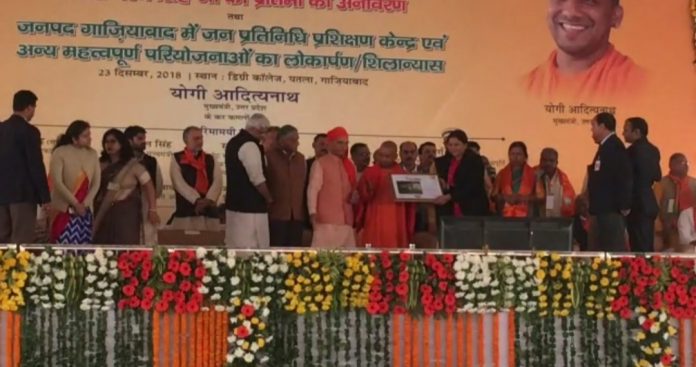 Ghaziabad: Country’s first Political Institute where public representatives like MPs, MLAs, MLCs etc.will be imparted training programs about functioning of Parliament and Assemblies will be constructed in Ghaziabad and the same was declared and subsequent foundation stone of the same was laid down by Uttar Pradesh Chief Minister Yogi Adityanath today from the stage of Patla Degree College. The said institute will be constructed near Raj Nagar Extension at a cost of around 169 crore. 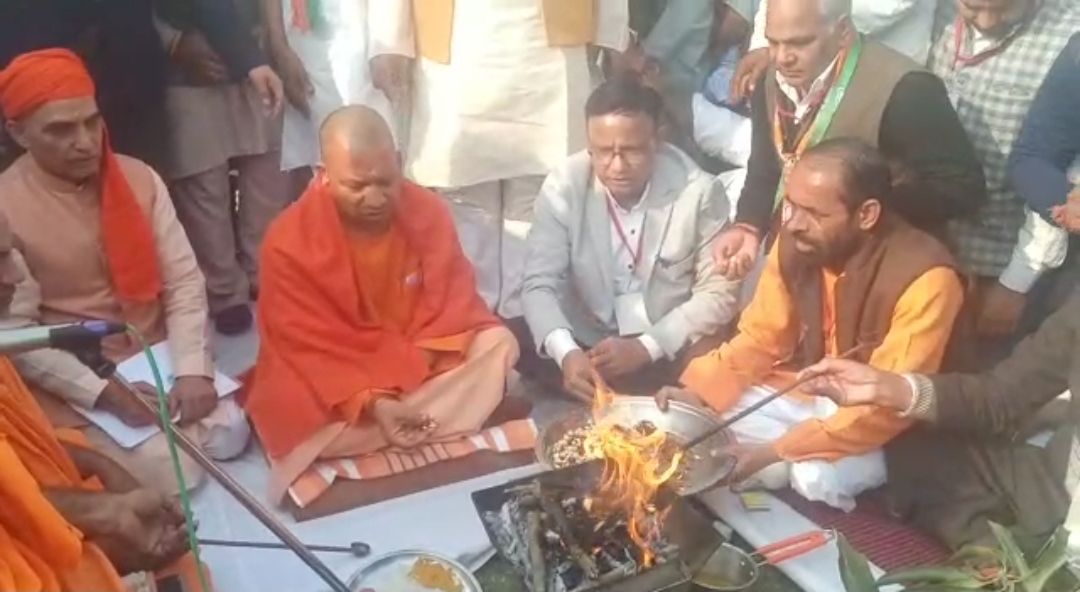 As no such institute exist any where so this institute will be unique in that way as there is no such institute any where in India except in the India Parliament in the Annexe Building on Red Cross Road at New Delhi under name and Style of “Bureau Of Parliamentary Studies and Training” functioning under Lok Sabha which presently imparts training programmes to all first time new entrants in Parliament, Legislative Assemblies and Councils of the States besides other training programmes for these representatives. This institute will be having a national lev structure whose foundation stone was laid down today.

CM Yogi reached Ghaziabad on occassion of “Kisan Day” which is being organised on the occassion of birth anniversary of Ex CM UP and former Prime Minister of India; Choudhary Charan Singh. In this visit to the city of Ghaziabad, the CM this time, laid foundation stones as well as inaugurated various development projects for this city worth Rs 325 crores.

Uttar Pradesh’s Chief Minister Yogi Adityanath today landed in the helipad which was specially constructed in the campus of Patla Degree College, where he had to Inaugurate a live size statue of former Prime Minister and a true Kisan Leader Choudhary Charan Singh, in a state chopper at 1 O clock which is located near Modinagar a block under ​​Ghaziabad district. 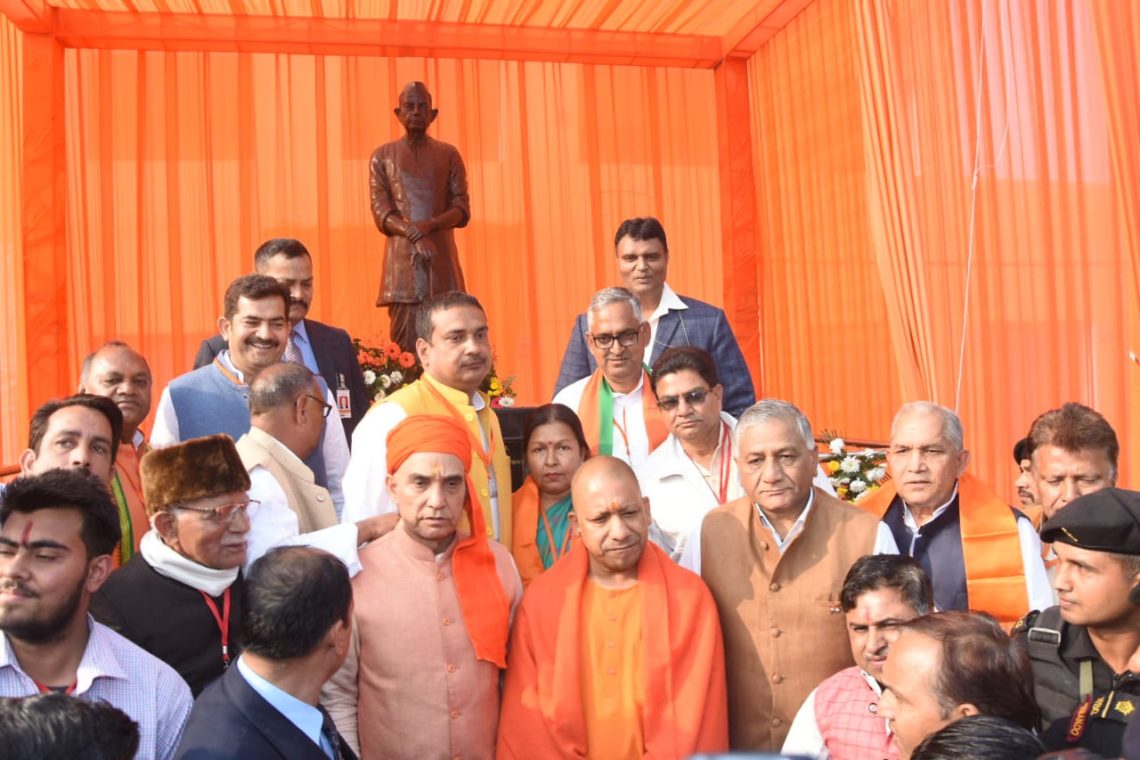 After unveiling the statue of Chaudhary Charan Singh in the village of Nilwadi, in Tapla Yogi, addressed to the public and informed all cane farmers about their cane due from sugar mills to be disbursed to each and every farmer by December 31st which is about 1000 crores in the entire UP state. He also warned sugar mill management if they fail to paid all dues to the cane farmers by December 31st all such defaulters will be sent behind bar. Such mill owners and management shall not be spared now like previous government.

CM Yogi informed to the gathering that UP government has initiated and has waived off all the loans of all small and marginal farmers. He described Choudhary Charan Singh as a true farmer leader and a well wisher who had practically contributed for the welfare of farmers and the BJP goverment is also serving farmers and also contributing towards a similar vision of Choudhary Charan Singh. Farmers thousand in numbers from surrounding areas had gathered in the campus of this college and reached the spots in Tractors, Trolleys, Buses, Motor Cycles having thousand in numbers. The entire campus was filled with public awaiting to see the CM Yogi Adityanath.

The farmers are actually find themselves very close to the former PM Choudhary Charan Singh and since it was an occasion of his birth anniversary as well as inauguration of his statue so such crowd was expected specially because of pro Jat background and Jat dominated area where function was organised. So large numbers of farmers arrived there on the occasion of Farmer’s Day.

The CM Yogi claimed that his government has done a lot for the farmers in Uttar Pradesh but still a lot required to be done in the interests of farmers. He also thanked the farmers for inviting him for insulating this idol of Choudhary Charan Singh he said, ” I feel honoured to unveil the statue of this true Kisan leader and a great personality. I pay my sincere thanks to all of you from bottom of my heart. After our government came to power we have bright many changes in the administration including crime free administration, fair selection process in all recruitments, betterment in power supply from 16 hrs in rural areas to 24 hours in the cities earlier people were facing problems in power supply such situation is now old stories.”

During this visit of Ghaziabad, the CM Adityanath either inaugurated and or laid down foundation stones of projects worth Rs. 350 crores that including construction works related with the problems of intermediate colleges from the villages and rural areas besides urban areas. Apart from this, he laid the foundation stone Hostels for boys and girls to stay in it, another bridge on the other part of the Hindon river etc.