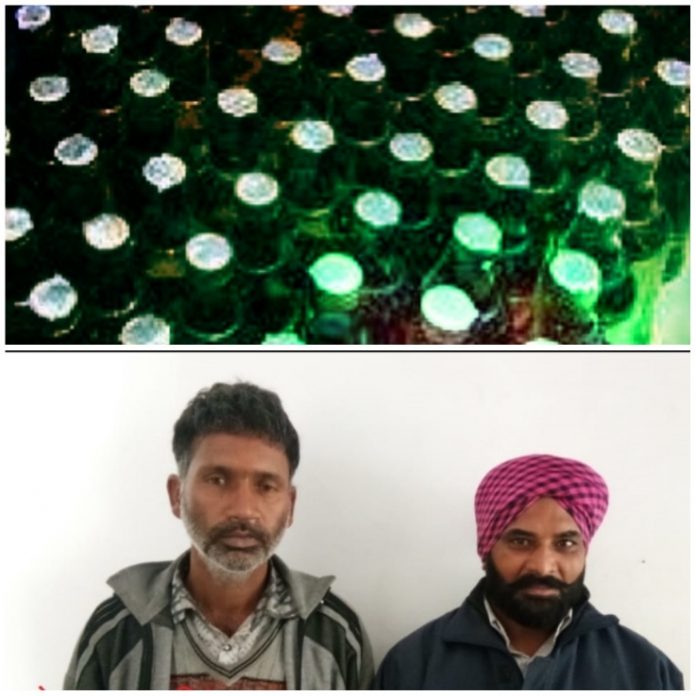 Prayagraj: UP Special Task Force arrested 2 accused for smuggling illegal liquor worth Rs. 60 lakh in market cost. The seizure of liquor in 1050 boxes in which total 39600 bottles were filled with 9180 Liters on a tiff of informants.

UP STF were receiving many complaints about smuggling of illegal liquor in the state of UP from Delhi, Haryana, Punjab & Himachal Pradesh. STF stern into action on the complaint and started collecting related information through its reliable sources and other informants.
As new year is about to come and on this occassion many persons, groups, clubs organise parties where alcohol is mainly demanded. Further, it is almost certain that uses of liquor increases during this festive season of christmas and new year eve. On the other hand, during these days alchohol smugglers are also very active to smuggle and store handsome amount of liquors for ready stock and bring it from other states for maximum profit booking, out of its illegal transactions.

Assessing New Year demand and on the basis of complaint Abhishek Singh SSP of UP STF had given instructions to the junior colleague to stop smuggling of illegal liquors in the state to check “liquor Mafia”.

According to Abhishek Singh SSP UP STF, “During checking our team recovered and seized 1050 boxes of liquor in 39600 bottles packed which were 9180 littres kept inside the truck. The cost of seized is around 60 lakh in open market which were illegally being brought from Himachal Pradesh. We have also arrested 2 accused namely Manjeet and Narendra Pal involved in the crime.”