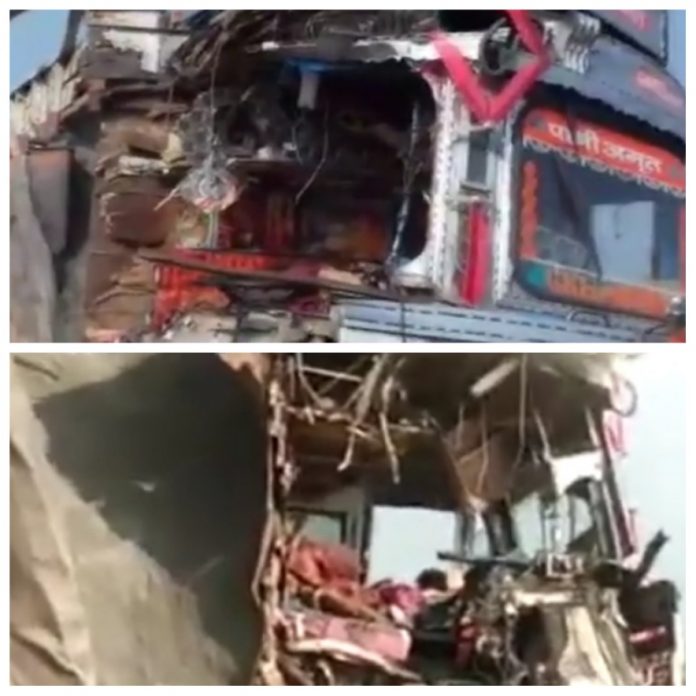 Bulandshahar: High speed bus and truck clash near Bulandshahr NH-91 Virkheda area; Nearly 50 passengers were injured in the bus; 6 people were seriously injured.
It is shocking news from Bulandshahar Sikandrabad area where a bus collied with a truck in which 50 passengers were injured  who were traveling from Eta. It is said that Bus was coming from Eta district in a wedding function. The collision of the truck and the bus was so tremendous that both of them were blown away. In this accident 6 passengers are in serious condition  who were admitted in Hospital for treatment.
According to the eyewitness, the speed of bus was very fast, due to which the driver could not see the truck coming from the front and became an accident.

While talking with A News Of India Said Prabhakar Chaudhary, SSP Bulandshahar, ” In this accident 50 passengers are injured and one woman is dead”