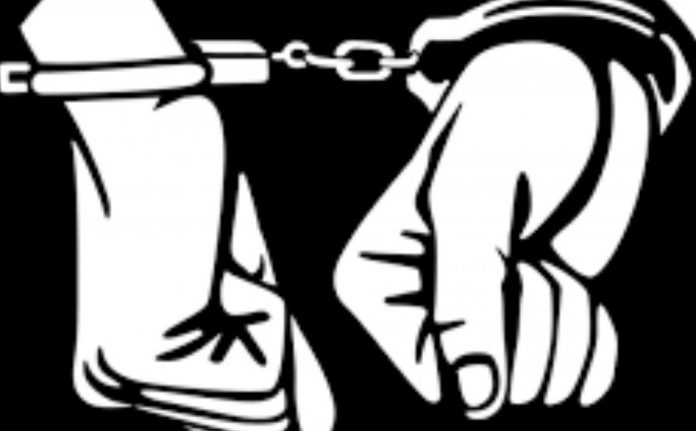 Maharajganj, Chandauli, Varanasi,(UP)/Damoh(MP): UP Ex MP of Samajwadi Party Jawahar Jayaswal, wanted in connection with murder of a bank employee; Mahesh Jayaswal in the year 2012, was arrested today from Damoh in Madhya Pradesh by UP STF. The Ex MP Jayaswal was evading his arrest and was wanted in the Mahesh Jayaswal murder case for the so many years and also in Sugar Mill repayment.

The police had also announced a reward of Rs twenty five thousand on the head of Ex MP Jawahar Agrawal. He was also wanted in the repayments of Maharajgunj Sugar Mill, which are said to be in crores.

In the year 2012, Mahesh Jayaswal, a bank employee who was resident of Ardali Bazar, Varanasi was murdered and Ex MP of Samajwadi Party from Chandauli; Jawahar Jayaswal and his son Gaurav were allegedly wanted in the said murder case.

The SSP had made suspicion about leaving India by Ex MP Jayaswal and his son after the murder case. Accordingly, look out notice was issued by the police to the Passport Office as well as Immigration offices. Even formalities for red corner alert were also carried out by police, and many concerned departments were also accordingly informed about his alleged involvement in the crime. As it was well accepted that they both, father-son, can leave India any time, and can also move outside India and settle there in a safe foreign country to evade their Arrests in the murder case.

Besides it, the arms licenses of father-son duo were also cancelled by the district administration on the recommendations of district police office after murder of bank employee Mahesh Jayaswal as allegedly against Ex MP Jayaswal and his son Gaurav.

When A News Of India talked to Abhishek Singh SSP, UP STF, he informed, ” yes we have arrested Jawahar Agrawal who was wanted in the murder case of a bank employee of Varanasi,; Mahesh Jayaswal in the year 2012. They are big people having large business houses and political connections. He was also wanted in Maharajgunj Sugar Mills for due payments.”