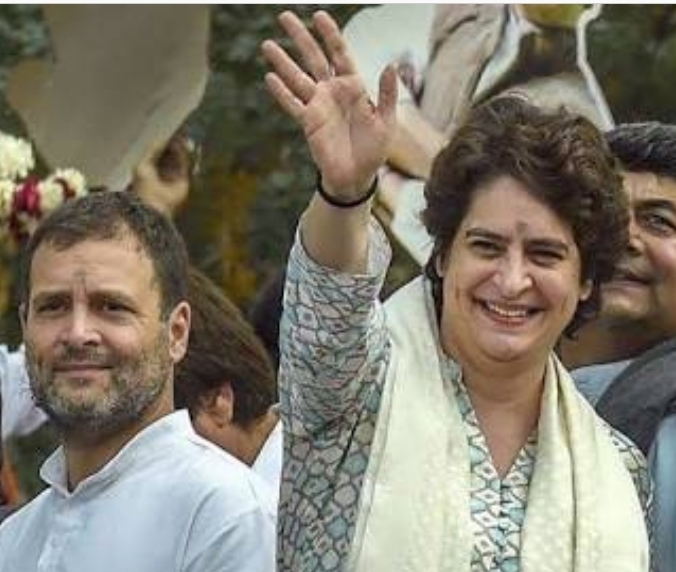 Lucknow: Ahead of Lok Sabha elections to be held in mid 2019, Congress has expedited the campaign. To show the party strength in Uttar Pradesh Congress party held a road procession in the leadership of Rahul Gandhi and his sister Priyanka Gandhi here in Lucknow. Congress general secretly Priynaka Gandhi was the center point of this event. She has been given the responsibility to survive the party in Uttar Pradesh.Priyanka. She waved, grinned, flashed a thumbs-up sign and pointed Hillary Clinton-style as she launched her charm offensive in Uttar Pradesh today with a roadshow through Lucknow, a longtime BJP stronghold. Hundreds of Congress workers ran alongside as Priyanka Gandhi Vadra, her brother and Congress president Rahul Gandhi, Jyotiraditya Scindia and several others stood on the roof of a modified truck weaving through the packed streets. They tried to catch Priyanka’s attention, some showering petals, others throwing garlands and even party t-shirts at her. She scooped them up and threw them back to the crowds.