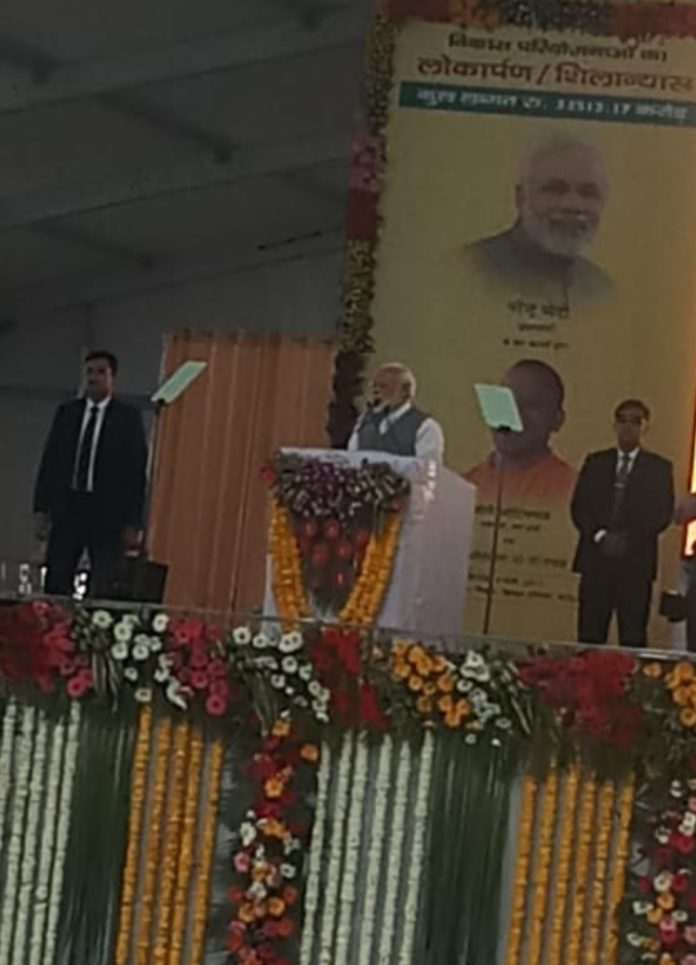 Ghaziabad:  During his speech while inaugurating civil airport terminal at Ghaziabad PM Modi criticised congress party without naming in respect of asking evidence of Indian Airforce attack on terror camp of Pakistan on 26th February after Phulwama attack on CRPF vehicle. He asked people at the congregation, whether I should have sated ideal instead of attacking and making surgical strike on terror camps of Pakistan? On which people loudly supported PM and defence action. People also started speaking Modi, Modi, Namo Namo, how should our leader it should be like N narendra Modi(Hamara leader kaisa ho Narendra Modi Jaisa Ho).

Modi also highlighted the move of his government to in increase income tax limit to the gune of Rs 5 lac so that people have better cash in their hand. Every one was surprised on this limit but we have implemented it in pubic interest. All the previous governments were always against such move but we have made it practical in this budget.
Finally Modi described, “I am not scared of opposition when they ask for evidence as I know we have support of 130 crores of people and their blessings.