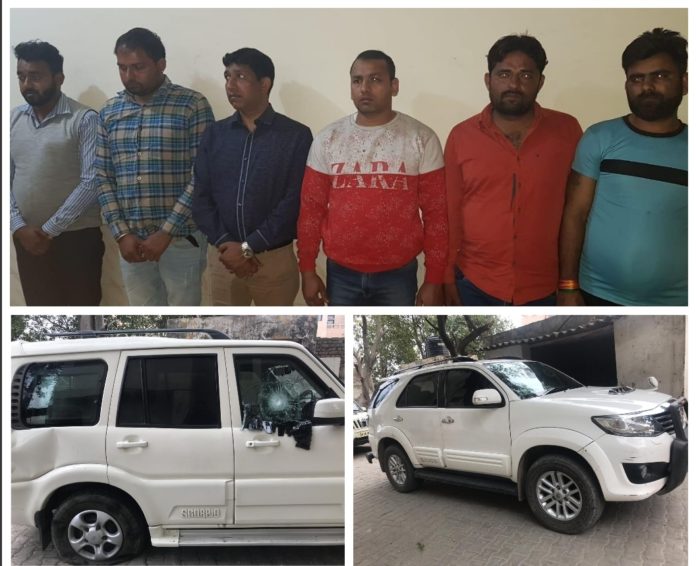 In Greater Noida STF got success in arresting of Pawan who was absconding and he was accused in many criminal cases. A cash reward of 25 thousand was already announce on his head. UP STF had received information that some anti social gang whose movement was expected in Greater Noida areas in the evening hour. As per information, under PS Ecotech 3 STF faced with crooks and after a shootout STF arrested 6 accused on the spot but a crook namely Manoj got succeed in ran away from the spot.
STF seized a bullet proof Fortuner car with 3 pistols. One Pawan who was arrested from the spot had  more than one dozen  criminal cases  pending against him and he was also carring a reward of Rs 25 thousand.

The SSP UP STF Abhishek Singh informed, ” STF had certain information about some anti social elements are likely to visit at Greater Noida in Eco Tech. A team of STF gathered at the spot. They saw movement of a Suv suspiciously. STF tried to chase the vehicle on which persons from the vehicle started firing on STF team. In retaliation, STF also fired and nabbed 6 accused out of whom one person Pawan is a rewarded of Rs 25 thousand and is wanted in more than a dozen criminal cases,. A bullet proof vehicle, 3 pistols have been seized from the possession of arrested accused. Further investigation is on.”