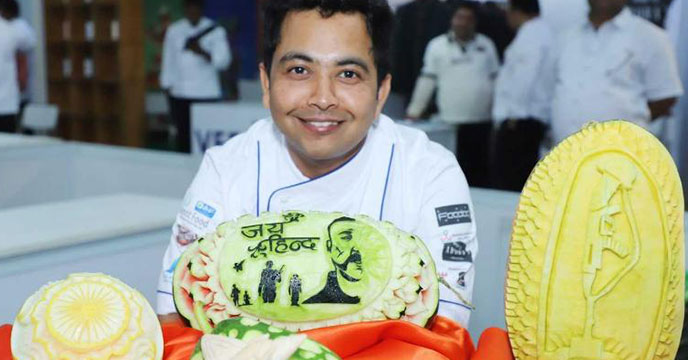 New Delhi: Jitender Singh- The young chef at The Ashok (a flagship property of ITDC) has made food-art his medium of communication with the world and once again through his art has proved his skill set. In 14th edition of Culinary Art India on the sidelines of Aahar at Pragati Maidan, Chef Jitender carved out the face of Indian Air Force Wing Commander Abhinandan Varthaman on a watermelon as a tribute to his heroism.

Chef Jitender Singh decided to pay a tribute to Wing Commander Abhinandan Varthaman while competing against four other chefs in the category of Fruit and Vegetable Carving at Culinary Art India. He deftly carved out Abhinandan’s distinct and ‘iconic’ moustache, on the watermelon, along with ‘Jai Hind’.

Speaking on the occasion Chef Jitender, The Ashok Hotel, New Delhi said, “What Abhinandan did for our country is beyond courage and bravery. Through this fruit carving, I wanted to pay a tribute to our brave pilot, our Army men and other defence forces. My carving is a mark of respect to our soldiers sacrifice, bravery and courage. Being a hotelier and a chef it’s not possible for me to go to the frontline but I can always contribute with the talent I have. Through my carvings I wanted to beautifully depict Abhinandan’s bravery and pay homage to the bravery and patriotism of our armed forces.” 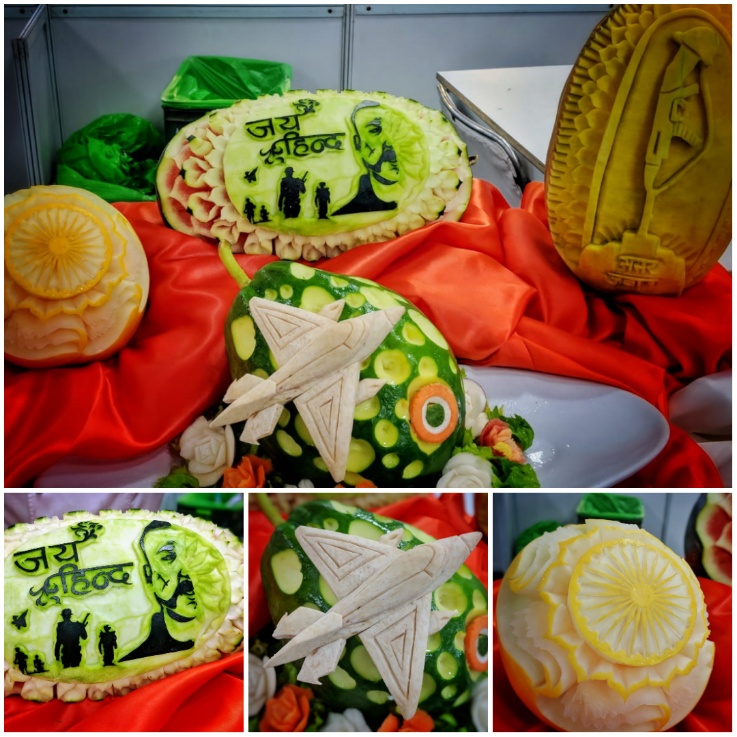