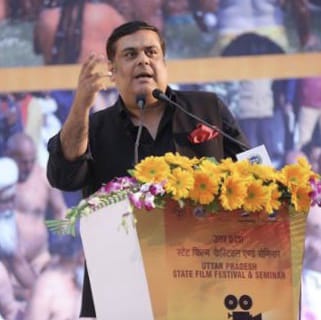 Speaking on the occasion, the celebs highlighted the importance of films and their role in promoting tourism. While Boney Kapoor & Satish Kaushik stressed upon the need for more cinema halls in the state, producer-actor Rahul Mittra urged the UP government to ensure minimal administrative hassles and incentivise & promote its locations, who was incidentally the first producer to get subsidy from UP film Bandhu for his 2013 film Bullett Raja.

Additional Chief Secretary Awanish Kumar Awasthi took note of all the suggestions by the noted speakers & said that these would be compiled into a report by the PHD Chamber of Commerce and the report would be used in formulating policies. Other delegates included Principal Secretary Culture Jitendra Kumar, Joint Secretary Film Bandhu Dinesh Sahgal, Co-Chairman PHD Chamber of Commerce Mukesh Bahadur Singh & Gaurav Prakash, amongst others