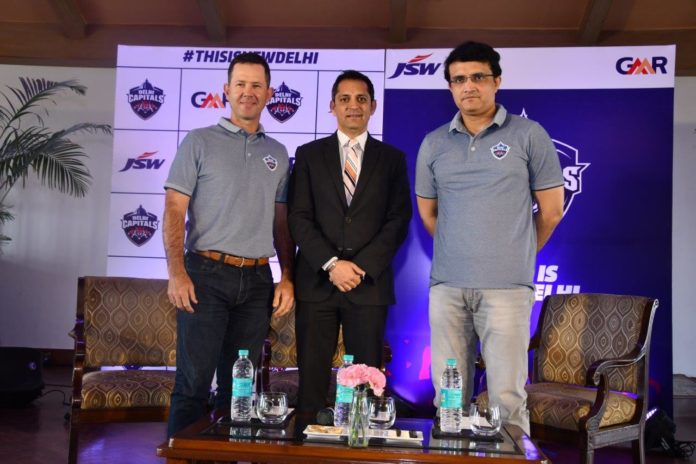 New Delhi: Former Australian captain and Head Coach of Delhi Capitals, the legendary Ricky Ponting, spoke to the media here on Tuesday ahead of the 12th season of the Indian Premier League. Ponting, accompanied by Delhi Capitals’ Team Advisor, former Indian captain Sourav Ganguly, echoed their thoughts of expecting a great season from their team in IPL 2019 after overseeing a reshuffle in the squad earlier in the IPL Auction.

44-year-old Ponting who has been serving as the Head Coach of the Delhi-based franchise since last season, said, “We have had a reshuffle in all departments in the IPL Auction this time around, and with the support of our owners, we have managed to get on board several quality players in the team. Our aim is to win the IPL, and if we can manage the players and the combinations well throughout the tournament, it will turn out to be a very successful season for the Capitals.”

Sourav Ganguly also spoke on his new role as the Team Advisor, and how he will be supporting Ponting. He said, “Ricky will be leading the team from the front, and it is my job to help him in the best possible way to prepare the players well for the matches. Our one main goal this season is to win the title, and we will do everything to study the performances of the players, and make sure they are prepared to take on the challenges. It is an exciting season ahead for us, and we can’t wait for the season to get started.”

Quizzed on why he expects Delhi Capitals to succeed this season, Ponting said, “It is a fresh start for all of us. We have a good blend of youth and experience in the squad, and if us guys (Ganguly and him) work really well together and do right thing by the players, we can achieve some pretty special things this season.” While the Prince of Kolkata, Ganguly said that Delhi has not won the title before and that he believes “it has to start somewhere” and “feels this will be the season.”

The three-time World Cup winner, Ponting, took over as the Head Coach of the JSW and GMR co-owned franchise in January 2018, but saw his team finish at the bottom of the points table in his first season in-charge. However, the 44-year-old Aussie believes that his team has enough depth in his squad this season to excel. “I think we have various options when it comes to all three aspects of the game. We have great Indian batters in the team, and have managed to pick a few all-rounders. Our spin department also has variety and the pace-attack looks very complete. In IPL, you do need to have great flexibility and we have players who can play in different positions.”

Meanwhile, Ganguly emphasized on the importance of having a quality bowling unit, “If you have a good bowling unit, you’ll be successful more number of times. It applies to all three formats of the game and if you look around cricket, the best teams who have been successful, they have all had great bowling line-ups. I believe that runs saved are runs scored, so it is going to be important for us that our bowling also clicks from the start.”

The Shreyas Iyer-led Delhi Capitals begin their season against Mumbai Indians on Sunday, 24th March 2019 at the Wankhede Stadium in Mumbai; and will be playing their first home match on Tuesday, 26th March 2019 as they take on defending champions Chennai Super Kings at the Feroz Shah Kotla Stadium.

With the anticipation and excitement palpable, fans can book their tickets for all the stands, including the Corporate Boxes, Platinum Gallery and The Hill ‘A’ Super Hospitality, through the official website of the Delhi Capitals at  https://www.delhicapitals.in/buy-tickets