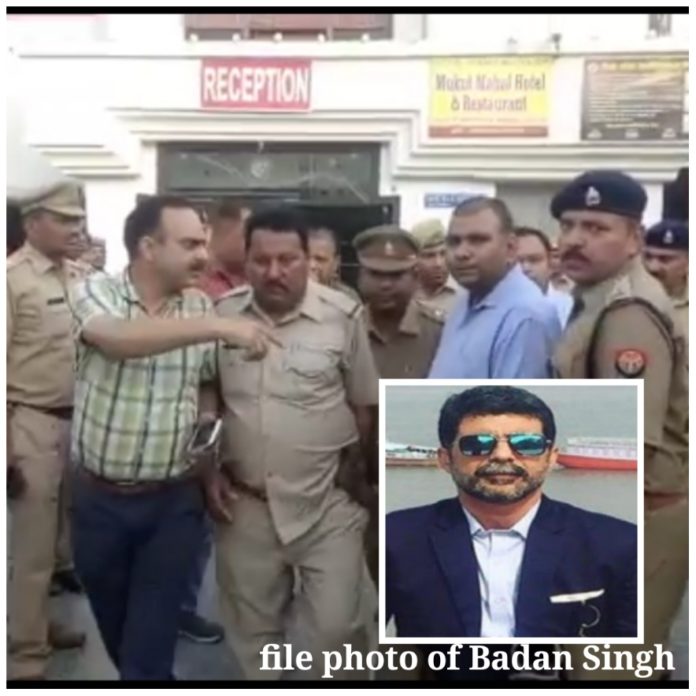 Meerut:  West Uttar Pradesh’s infamous history sheeter Badan Singh Baddo escaped from police custody. He was carrying a reward of Rs 1 lac and brought before the court for facing trial. On retuning from court to the jail, he stopped and went to a hotel and from there he escaped. After noticing his escaping, the police Sub Inspector accompanying him personally visited police station and relorted the matter. On hearing news of history sheeter and a Rewardee of Rs one lac, the SSP Nitin Tiwari reached the police station.

A famous crook namely  Badan Singh Bado was brought from Fatehgarh jail to Ghaziabad for court proceedings. In return, after court proceeding was over, as soon as he  reached Meerut with a police team where he reached Mukut Mahal hotel and escaped from there from police custody. After he absconded, the the Sub Inspector reached the police station personally instead of calling police or dial 100 and informed about his absconding.

The SSP, Nitin Tiwari, who immediately rushed to the police station, and concerned three police personnel, including a Sub Inspector, from whose custody Badan Singh Baddu had absconded got arrested. The police also, took possession of hotel’s DVR and and inquiry in this matter is being probed which is still continuing.

It is very strange how such a Rewardee history sheeter that too a Rs one lac was announced on his head, absconded after giving dodge to the police who brought him to the court. The entire episode is very strange. But, no doubt, the police role is also suspicious and all eyebrows are moving toward police role. It seems any thing could happened on the issue.

While talking to A News Of India, the SSP Meerut Nitin Tiwari, said “We have received a complaint that Badan Singh Baddhu escaped from Meerut he was carrying a reward of Rs one lac, police is trying to search him. He will soon be arrested. 3 police persons and a Sub inspector have been suspended in this regard.”