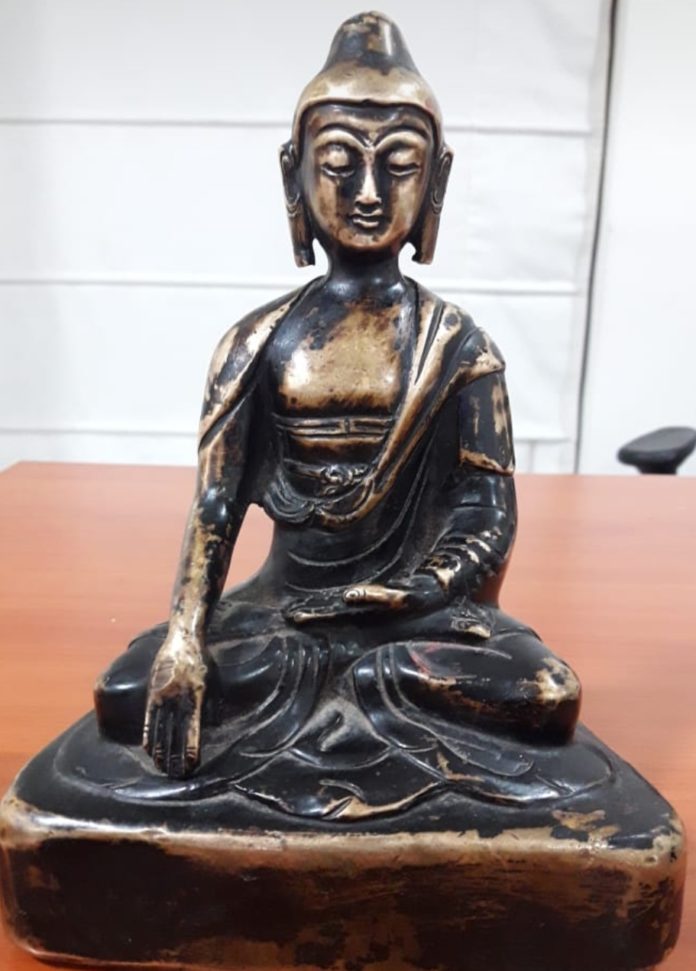 Lucknow/ Sidharth Nagar/Noida: UP’s Special Task Force today got success in arresting an accused who was allegedly selling fake idols by saying as a statue of “asthdhatu” a precious metal used to be ancient period.

The Special Task Forces following having certain information about a gang who used to cheat common people after showing them fake idol of Mahaveer made of “Asthdhatu” used during ancient period said to be a very costly material.

This Gang was active in UP’s capital Lucknow, as per police informant. The people of this gang used to sale fake idol as original of previous materials of “Asthdhatu” and used to get high amount of money thinking it original one by believing the version of seller although it was not original. Even the gang used to show the intending customers fake lab report which proved that the idol is real and made out of “Asthdhatu”.

The UP’s STF Senior Supritaindent of police Abhishek Singh in a press statement informed how STF police team made a plan and laid a trap in which a  decoy customer was sent before he gang who could purchase the idol as per STF plan. As soon as the STF team raided the place when deal was struck with a decoy customer sent by STF three people started contacting the customer to show idol of “Asthdhatu” aLong with fake lab testing report.The customer called the three to the Gauri Bazaar under Amousi police station. Meanwhile the STF team had surrounded the area.
The team of STF succeded in surrounded all the accused around, in which two persons were managed to escape and one man namely Namo Narayan was nabbed with fake idol of Mahaveer.