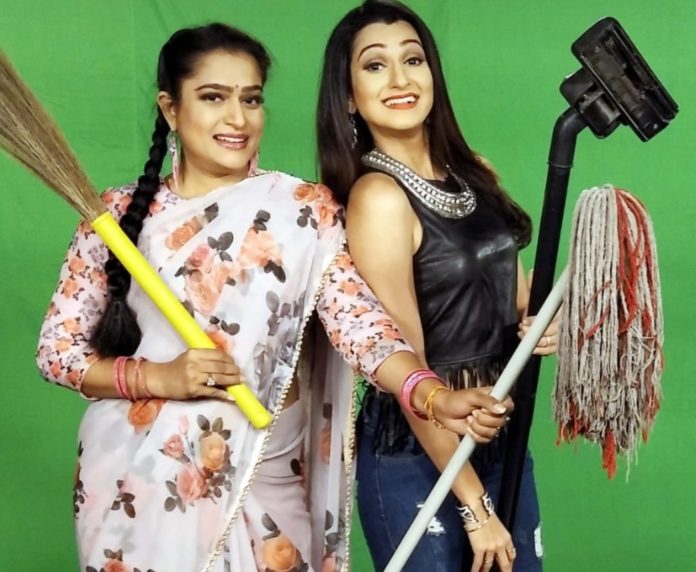 New Delhi : Actress and model Ekta Jain who has done lots of serials like (Shagun, Shakalaka Boom Boom, Family No- 1, Apun to waise hi Yaar, Naina } and modelling and films like Anjaane The Unknown and Shaadi With Jugaad will be seen as Gujarati girl in Saas Bahu aur Betiyan on TV News Channel. She will be seen with Pooja Kanwal in a special episode where she will come as a Gujarati friend from Borivali. Ekta Jain and Pooja Kanwal will anchor the show with comedy gag on broom and vacum cleaner. Ekta Jain has done lots of plays in Hindi, Hinglish, Gujarati and Sanskrit . Amit Tyagi is the producer of this show . The show comes everyday between 2.30 pm to 3.30 pm on a TV News Channel. Ekta Jain loves this Gujarati character as every episode has a new topic.