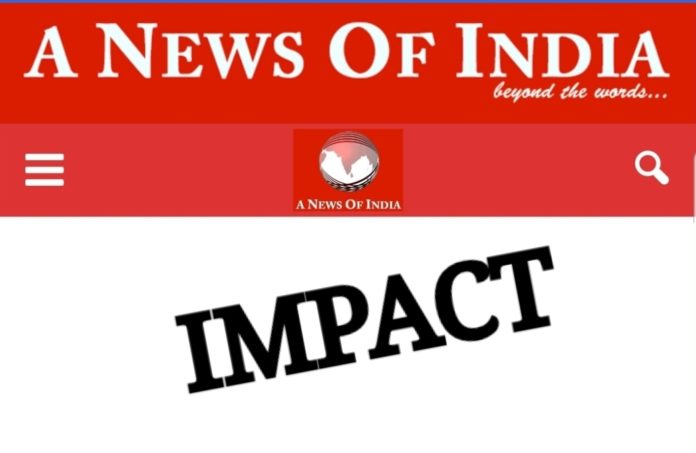 @ Saket Dinkar | News Editor
Kasganj : Incident of burning a woman allegedly by husband reported from Viraunchi village where in
a women in her mid thirty was poured kerosene and then burnt by her husband; Rajesh  as allegedly, under police station Soron  in  Kasganj district. Her brother; Vishesh Kumar had made a named complaint to the respective Chauki Incharge in this case, wherein husband, his brother and two others includinh his brother’s wife were named as accused.But even after passing 48 hours, the police had not lodged the FIR in this case and accused had fled away from the crime sight, leaving their village. The brother and other family members had alleged that since the accused are having money and musle power both and because of that only police is within their gloves and resulting, neither the FIR against accused had been lodged nor any investigation was ever carried out by Soron police to save the accused skin from arrest.
But when “A News of India” published the news and covered the case porominantly on its website which was seen by all the senior officials of UP government, Soron police was compelled to lodged FIR in the case on the direction of SP Kasgunj; Ashok Kumar. Not only that, while talking to this Principal Correspondent over his mobile phone SP Kasgunj; Ashok Kumar informed, ” Yes I have read your story and has instructed the SO to lodge FIR in the case and further investigate the matter and report me back.”
Even the SO Soron;Ripu Daman called this Principal Correspondent on his mobile phone and also infomed about lodging of FIR. He informed this correspondent, “Soron Police has lodged FIR in the case of burning women and has started investigation on the matter. Now it will be investiagted whether the women burned herself or some one other burnet her. It is a matter of further investigation.”
As soon as our news was published and came to the notice of senior officials in Lucknow, Uttar Pradesh Police taken it seriously and within 24 hours under direction of senior police officials, a case was registered against 4 accused, 3 males and a woman; as per disclosing names in the complaint given by victim’s brother Vishesh Kumar. It is expected that the accuesd will be arrested soon by Soron police, however they all have left their village and has not yet returned to it and are staying some other unknown place, since the date of incidence.
Related Story: http://anewsofindia.com/2019/04/28/women-poured-kerosene-burnt-alive-by-husband-admitted-in-hospital-condition-serious/