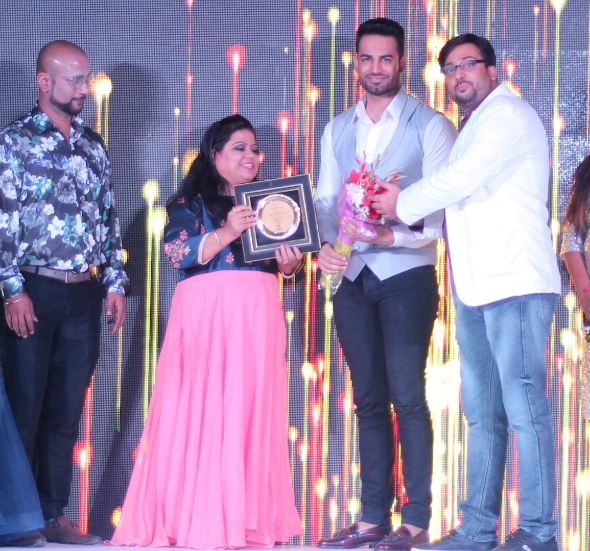 New Delhi- Silki Chhabra, Chief Executive  & Managing Partner of SRC Entertainments presented their new season ‘Fashionation Season-2’ at Marwah Studios, Film City, Noida. The city witnessed some of the most prominent designers of India showcasing their spring/ summer designs. In this Season, Supermodel and Bollywood actor Upen Patel walked as a show stopper for one of the famous designer Vipin Aggarwal.

The idea behind the Fashionation to provide a lucrative opportunity for leading fashion design houses to bring talent into the field. Rachit Chhabra, Show producer said at the event, ‘Fashionation brings the eminent names of the fashion industry under one roof. It’s going to be even bigger from next season since we are planning to bring more multiproduct shows.’ Designers from across the country participated in this season. Some of the prominent names were Vipin Aggarwal, Nupur Dahiya,  Anshul Aggarwal, Nidhi Sapra, Ayesha Siddiqui, Suman & Saurabh, Saifeena khan, Jignesh, Vicky Saini, Dev Singh including others. Designer Dulha.com exclusive by Raymond’s also showcased their designs at the ramp.