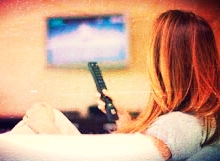 @ ANOI Bureau
New Delhi: Months after coming out with of a new regulatory framework for DTH / Cable sector common people still struggle with cable/DTH operators who are not passing on the benefits to the consumers.
In the past television was one of the major entertainment sources across the country. However, the advent of digital media (OTT content) empowered viewers with the choice to watch content that they wanted and provided a sense of control over the content they were watching. The TRAI Tariff regime tries to do the same for broadcast content, giving viewers the choice to watch what they want on cable TV.

Taking a tough stance the TRAI has, over the past few months, also taken action against several MSOs, cable operators for trying to create roadblocks for regarding viewers’ ‘Right to Choose’.
Vedank Singh, Secretary Ice Hockey Association of India said that “We live in a democratic country where the old adage, ‘Life is yours, Choice is yours’ applies without an iota of doubt to each and every aspect of our life. This includes the way we want to dress and what we want to watch.”
On 6th December 2018, the Telecom Regulatory Authority of India issued a statement that going by the findings of Broadcast Audience Research Council (BARC), more than 90 percent of TV homes view or browse 50 or fewer number of channels. Adding to this TRAI said, “Therefore, any analysis that keeps 250 or more channels for pricing of monthly tariffs create a false impression. If consumer chooses the channel which she/he really watches, then she/he will be paying a lesser amount compared to what he/she is paying as of now.”
TRAI’s decision is a shot in the arm for the television industry and its commitment to offer viewers content of their choice and taste. In conclusion, the new tariff regime for the television industry is a win-win situation for both consumers and broadcasters which enables a plethora of quality content offerings at affordable prices that empowers viewers with the ‘Right to Choose’. The regime ushers in a new television paradigm that brings transparency and accountability.
In the last two decades however, cable/DTH operators have been controlling ‘what we should watch’. We were served different genres of TV channels even if they did not suit our choice or taste. Viewers surfed hundreds of channels not specifically tailored to their choice and they ended up paying a bill for channels they don’t necessarily watch, but simply surfed through.

The cable and DTH operators did not cater to your choice or consider your right to choose which channels you like to watch. You not only ended up paying a bigger price for channels you don’t watch but also never fully understood the range of channel offerings that could suit your choice in a transparent manner.
A new dawn has arrived! The Telecom Regulatory Authority of India (TRAI) has recently introduced a new tariff regime which recognizes your ‘Right to Choose’. The regime respects viewer discretion, enables consumers to make an informed choice and pay only for those channels which they want to watch. However, as commonly observed ’with the birth of a new cultural phenomenon there will be someone to herald it as the horseman of the apocalypse’, similarly, the implementation of the tariff regulation is facing resistance from certain quarters.
It was observed that operators were misguiding consumers about the new tariff regime which was duly highlighted by Dr. RS Sharma, Chairman, TRAI who said, “It has come to our knowledge that certain stakeholders are spreading misinformation with ulterior motives to create fears in the minds of consumers regarding the implementation of the new regulatory framework, which are unfounded”. Adding to this he also stated that the institution is working to ensure swift transition to the new regulatory without any inconvenience to the television viewing public and other stakeholders.