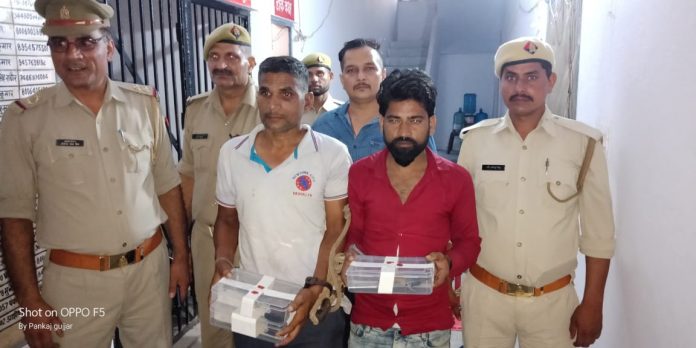 Bulandshahr: Gulawati Police got big success in arresting of two illegal arms smugglers and recovered 3 illegal arms from their possession.
SHO Gulavti had certain information about arms suppliers who may mooved in Gulawati area’s.
As per information SHO Gulawati started checking at said areas. Near about 2.30 pm Police saw two people on a bike coming from the front. On the basis of suspicion, the police indicated the bike to stop but the bike rider started running back. Suddenly the bike fell down and the police arrested them.
According  Police,  two accused namely Babu and Balraj who were supplying illegal arms in bulandshahr are arrested from Bhatona village.
Police recovered illegal 3 arms with cartridges.