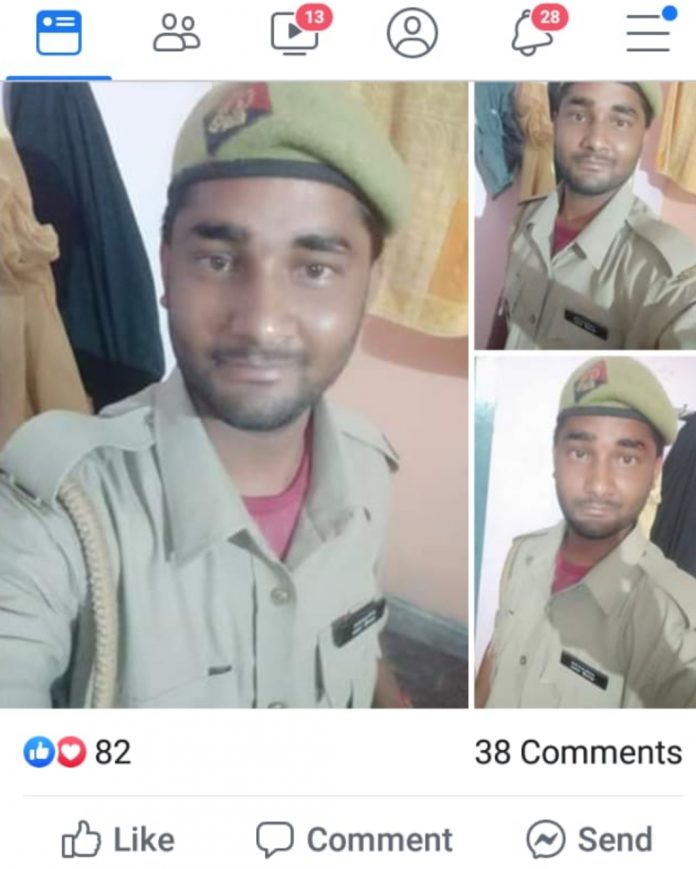 Bulandshahar:  The hobby of taking a selfie made a person so much that he took a selfie in a police uniform.
The matter did not stop to take selfies, but the person also uploaded his photo on social media.
After the photo went viral on social media, it was revealed that the person who was wearing the uniform policeman is a washerman namely Pradeep Bhardwaj and that the uniform is from the constable of Chhatari police station.
In relation to this, when we spoke to Yogendra Malik, in-charge of Chhatari police station, he told that the matter is in his cognizance and instructed the uniformed soldier not to do it again. Also explained to the washerman