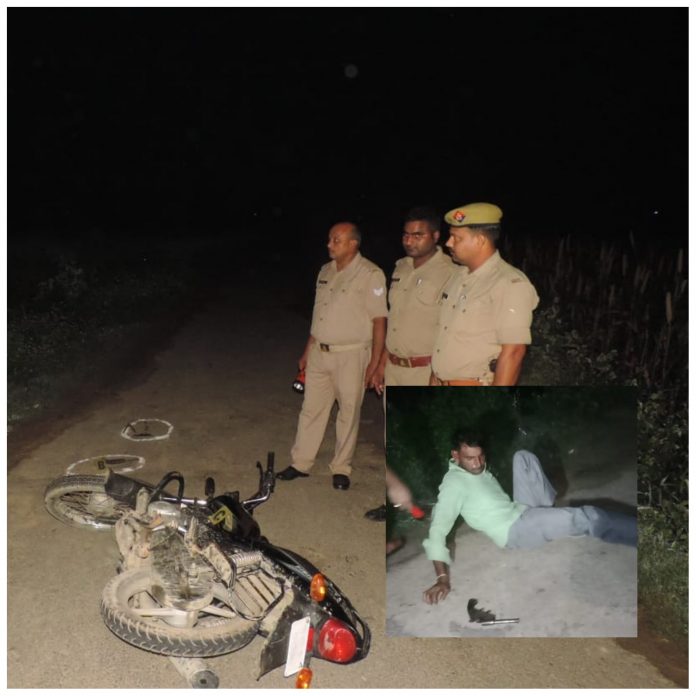 Bulandshahr: Dibai Police arrested a rewarded crook after croosfiring. Police recovered a bike, illegal arms and live cartridges from his possession.
On last night when SHO Debai was taking security stock of the areas with his police team when he reached near Jahageerabad Debai road in midnight he saw a moving bike in which two person were riding. Police indicated to bike rider to stop bike immediately but on account of this pilian rider started firing on police team. Hardly police saved themselves and in self defense police also fired back where a person namely Neeraj got injured, received a bullet in his legs. Other his associate took advantage of darkness’s and fled away from the spot.
According to SSP Bulandshahr Santosh Singh, ” Debai police arrested a accused after cross firing at midnight where his associate got success in running from the spot.
Arrested  accused identified as Neeraj who was carrying reward of 20K and many cases already registered against him in any Police station. Police recovered a illegal arms with live cartridges from his possession.”