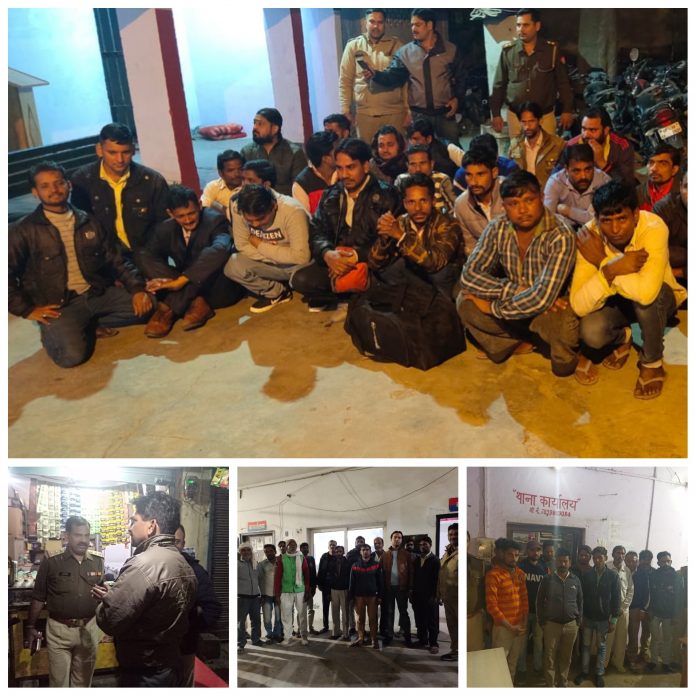 Ghaziabad: The Ghaziabad police today started action against persons consuming alcohol at public place, under instructions from SSP Ghaziabad, and arrested 327 violators on the very first day of it action started.

The above 327 persons were found consuming alcohol during checking at public places in the entire city today.
This new tactice of Ghaziabad police has now started and named as “Operation Safe Drinking”.

This, operation of Ghaziabad police is good in the interest of common people to stay at home or consume alcohol at home instead of public place and to demotive them to drive vehicle after consuming alcohol.

Most of the people arrested out of 327 who were sent to lockup in this case, were found consuming liquor in public place after using bonnet of their vehicle parked at open space or streets of the city.

The police says that such a campaign will continue for long to discipline the citizens of Ghaziabad so that they don’t violate or break the law of the land. The aims behind running this campaign is to promote discipline, civic sense amongst citizens of the city.

Infact people who used to consume alcohol at public place are likely to violate law and or their safety is at the stake during driving specially. Not only that, suppose if a person who is under the influence of alcohol and is behind the wheel is likely to affect the lives every one who is sitting in the vehicle. Due to people who drink alcohol, they are more likely to be affected out of it and are also like to face trouble on their way.