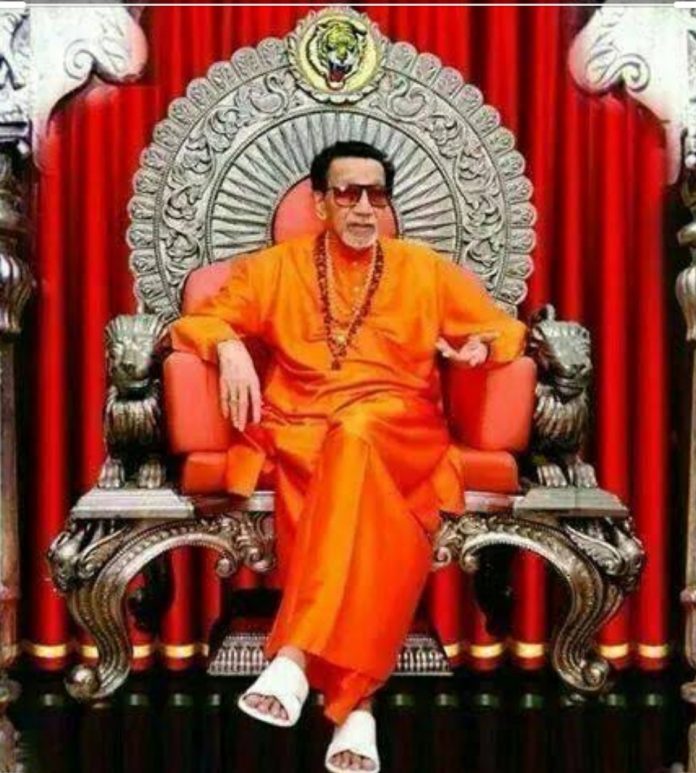 Maharashtra/ Mumbai: After installation of Uddhav Thakre as CM of Maharashtra, the Shivsena is now headless and without a suprimo. There was a time, the Shivsena was always considered the most disciplined and following it’s founder and suprimo Late Bala Sahab Thakre order whatever it spoken by him within a second, at any point of time. The same very Shivsena is now without any head as Uddhav Thakre has taken oath and became Chief Minister and no body yet is guiding this most strong maratha ideological political party now.

Also being trapped in self confusion and in the promise of next CM of Maharashtra which was being said from amongst Shivsainiks, Uddhav Thakre still suprimo of Shivsena, now has least control  over the same very shivsainiks in spite of being head of this political party still having strong holdings in Mahaeashtra.

Shivsainiks are now being seen saying that Sharad Pawar is controlling now Uddhav Thakre, and they are now not ready to follow the ongoing rule of Uddhav Thakre who is under the gloves of the strongest Maratha political leader of Maharashtra; Sharad Pawar. The shivsainiks who is never gone outside Thakre family so how can they accept Sharad Pawar as their leader and also they are also considering, feeling and claiming that practically they have lost their orignal father if the party which was always blessed by its founder and ex president late Balasaheb Thakre who never tried or give importance to CM of Maharashtra. Accordingly now they are without any such control like Late Bala Sahab as there is no fatherly blessings like him. This was duly seen when agitation against CAB and NRC which broke down in Maharastra, the Shivsainiks couldnt restrained themselves to fight with agitators.
Becose their orignal blood is to fight for hindutva has lost the base after aligning with Congress and NCP to form the government in Maharashtra.
In most of the cities in maharashtra the opposition of Shivsainiks are well seen during agitation against CA Act.

The order from Shivsena was to be neutral in ongoing situation but it deferred and is completely neglected which seen and shivsainiks came to rescue Hindus during agitation.
Congress strongly opposed this stand of Shivsainiks.

Sharad pawar too was relentless about this situation.
Uddhav Thacker still unable to extend ministry in Maharashtra which is now figuering out what to do and how to convince Congress and it’s alliance. Further, folliwing now Shivsainiks are too confused about their situation called suprimo which is CM who is unacceptable to coalition with Congress and Rashtrawadi Congress.

Already CM udhav thackery facing strong opposition in winter session assembly from former CM and  BJP opposition leader devendra fadanvis.
In different dozens of issues of development and farmers loan waiver udhav is facing difficulties.
Now within party the orignal shivsainiks are relentless about the party chief over CAB.
This situation is making udhav helpless.
And still he too is not sure about this new government in maharashtra as sharad pawar completely took over remote of the government and udhav is being called as junior CM of maharashtra.