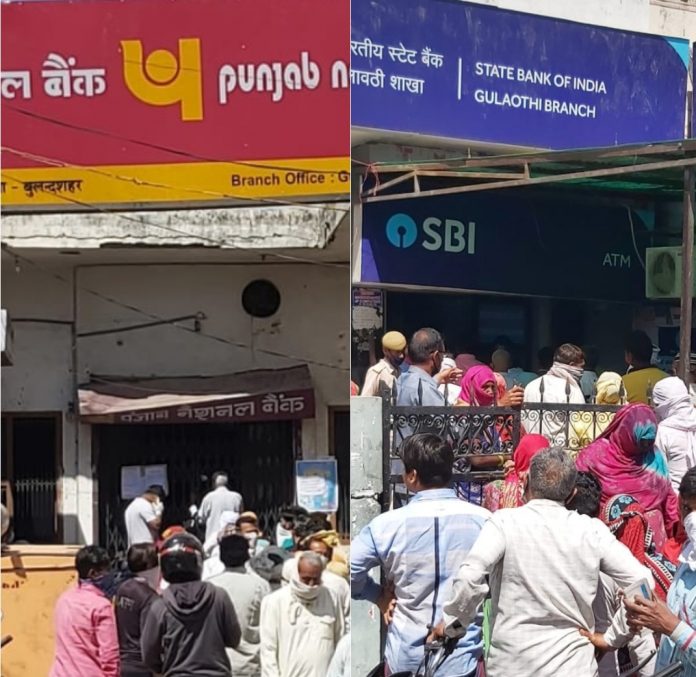 Arun Kumar |Correspondent
Bulandshahr: Big negligence of Gulawathi police came to light yesterday where no police arrangements were made at bank ATMs resulting people found violating social distancing in this period of lock down declared by Prime Minister Narendra Modi in order to avoid Corona Virus attack due to public gathering and had requested common people to follow Janta Curfew and be inside home.

Long queue were seen at Gulawathi at bank ATMs which shows there was no lockdown in the small kasba of Bulandshahr city.

The crowd of these people outside the bank is clearly indicating that they have no fear of Corona attack.  Despite there lock down in the entire country, these people were seen standing in a crowded without any social distancing and public were seen waiting for their turn for transactions at bank’s / ATMs.

On one side, where the police are trying their best to make lock down successful, the police was not seen there nearby Bank/ ATMs at Gulawathi failing the very purpose of lock down in Gulavathi under Bulandshahr district.