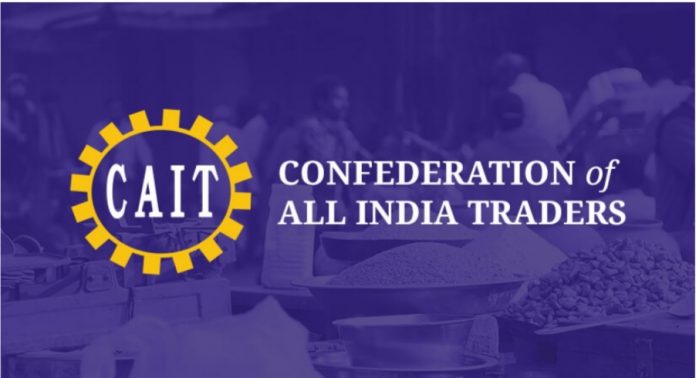 The Confederation of All India Traders (CAIT) while reacting to the economic relief package given by the Union Finance Minister Smt Nirmala Seetharaman to the MSME sector today, stated that the Finance Minister not only assured to fill the market with liquidity of money but also  announced strong stimulus to MSME sector. The CAIT said that the government has put a strong injection of the economic package even before going of economy under coma due to lock down in the Country which has deteriorated the economy. Today’s announcements will make the economy stand up even before it goes to death bed and the economy will start coming back on track with infusion of liquidity in the market

CAIT National President Mr. B.C.. Bhartia and Secretary General Mr. Praveen Khandelwal said that today’s announcements by the Finance Minister assures the trading community of the Country for a similar package for retail trade which is conducted by 7 crore traders across Country providing employment to about 40 crore people. The trading community is the worst affected sector of the economy due to COVID-19

Mr. Bhartia and Mr. Khandelwal said that today’s announcements have encouraged all 5 pillars of the economy and the stimulus will  greatly increase the liquidity of  money in the markets. Payment of bills of MSME sector within 45 days, making available additional loans by banks without collateral security and making provision of e-tendering up to Rs 200 crore to local people, e-market alignment of MSME with Trade Fairs etc clearly states what Prime Minister Narendra Modi assured in his address yesterday. All decisions are being made accordingly. The talk of bringing liquidity of money under different names in the market is also a revolutionary step in itself.

Mr. Bhartia and Mr. Khandelwal said that strengthening NBFECs, and MFIs to provide loans to MSMEs,  Housing Finance Company will enable these Institutions to lend more money too MSMEs and the said money will be rolled out in the market.  Reducing TDS rates, cutting rates in provident funds,  tax refunds by the government and all other announcements will definitely bring the liquidity in the market to make Indian economy stand on sound footing.