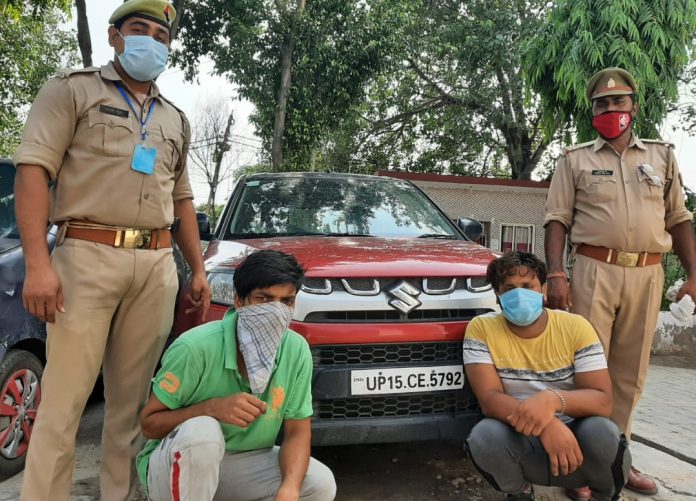 Ghaziabad: Vijay Nagar police solved Breeza loot case with in 24 hrs. Police recovered looted Breeza and arrested two accused in this regard.
Yesterday Morning a software engineer Moni Sharma coming back from Noida after done his job. When he was moving near Gangajal Nigam road them two person over took Breeze
and threaned Mani. Mani stopped the car and talked to them. Suddenly they both youth robbed Breeza.
As soon as received information by Rajeev Singh SHO Vijay Nagar took serious action and made team regarding this loot case.
Finally as per information Breeza car was recovered with in 24 hrs. and arrested two accused namely Aasif and Raja alias Fayeem who were involved in Breeza loot case.

Also Read : Ghaziabad: Unknown Looted a Car From A Resident of Meerut – http://anewsofindia.com/2020/07/14/ghaziabad-unknown-looted-a-car-from-a-resident-of-meerut/