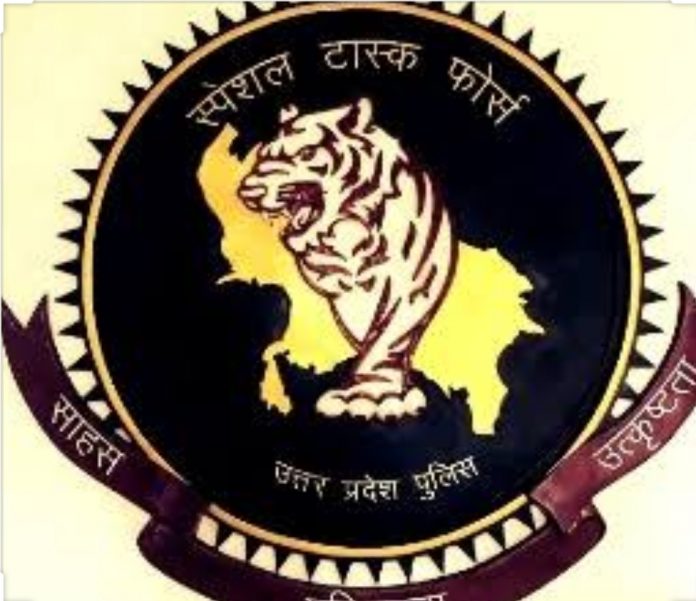 Noida: The STF unit of Noida succeeded  in arresting a close associate of Mumbai serial blast accused and D Company’s famous Abu Salem & Khan Mubarak, yesterday late night from Noida. The arrested accused was involved in demand and collecting of ransom in the name of above said gang.

The arrested accused namely Gajendra Singh son of Sooraj Singh is a resident of sector 20 Noida. In the year 2014, Gajendra had taken Rs 1.80 crore from one of a businessman of Delhi in the name of investment in property. But when he was being pressurised to return back money, he  indulged in criminal conspiracy to eliminate the businessman by opening fire on the businessman in Noida sector 18 with the help of sharp shooters of Khan Mubarak gang.

For the above said shooting in sector 18, Gajendra had also paid a sum of Rs 10 lac to the Khan Mubarak. STF has also collected evidence of handing over money to Khan Mubarak by Gajendra for opening of firing on the businessman and has also located the money trail to connect the transaction in this deal.

Gajendra used to invest money on behalf of Abu Salem and Khan Mubarak in the properties of Delhi-NCR for better return. Gajendra was also wanted in connection with 2 cases of sector 20 police station. The case of arrested accused has been forwarded for legal statutory proceedings.