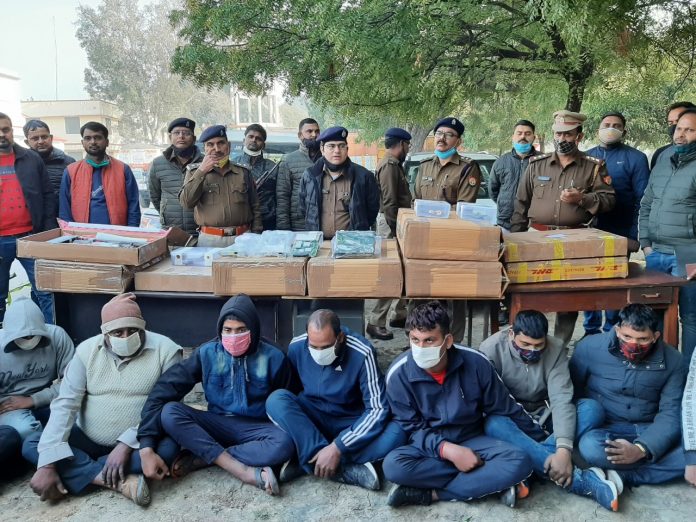 Etawah : PS Civilline got success in arresting of International Gang of 10 members accused who were involved in dacoity of Jio Server. Police recovered worth crores of rupees instruments of jio mobile tower.
In PS civiline areas a message was flashed in which some people hostiled to security guard of Jio mobile tower server. Spreading this message 112 no. Police van reached the spot but couldn’t got success in arresting of criminals.
SSP Akash Tomer took this incident seriously and made a special team. Police started investigation for arresting of these dacoity.
Due to help of surveillance team first arresting were done from Rajasthan.
Police arrested Pushpendra for this dacoity case.
According to Akash Tomar, SSP Etawah”
We had input that a person namely is involved related this case. He was arrested and in police inquiry it came to light that Pushpendra and his associates held security guard hostage at night under PS civiline ares and looted worth corore rupees server parts and instrument.
Total 10 person have been arrested in this regards and worth corore rupees goods and instrument were recovered from their possession.”