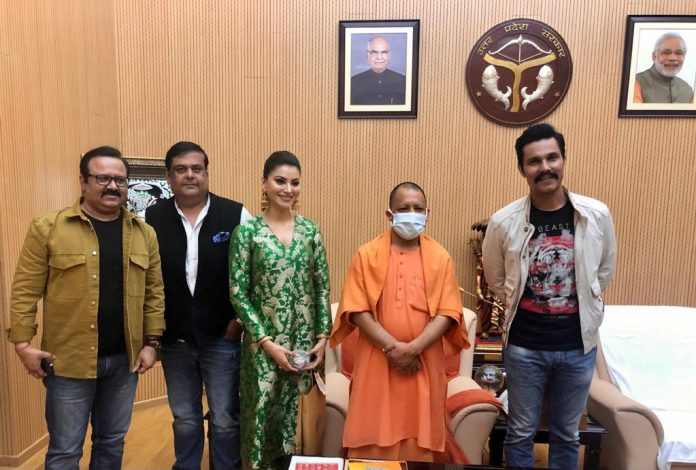 Lucknow: Film-maker Rahul Mittra along with close friends actor Randeep Hooda, director Neerraj Pathak & actress Urvashi Rautela called on UP Chief Minister Yogi Adityanath at his official residence in Lucknow today. The Bollywood brigade was in town for the shoot of Jio Studios’ web series, Inspector Avinash, a cop thriller based on real-life experiences of retired UP police officer Avinash Mishra, essayed by Randeep Hooda who made a splash in the digital space with the Netflix film Extraction and will now be making his web series debut with this show.