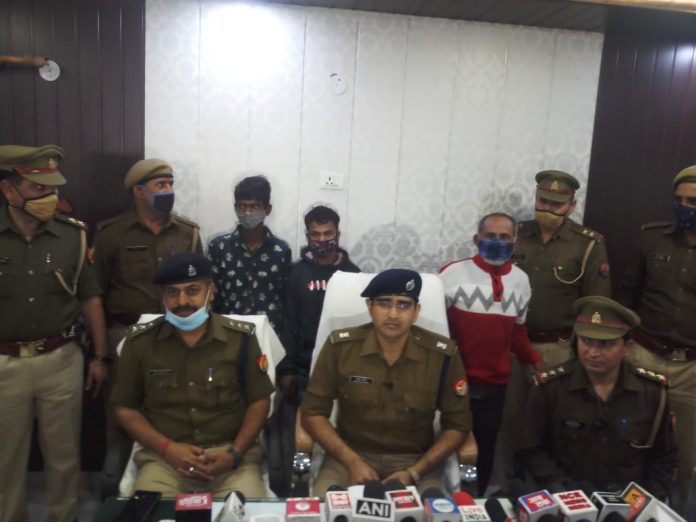 Ghaziabad: Kotwali police got success in arresting of 3 accused who were using illegal  country made pistols. Police seized more then half dozen pistol from their possession.
As per instructions by  senior officials ghaziabad police stations police came in active mode and started checking process in entire area’s.
In this view kotwali police  Incharge was alert in vehicle  checking at Redmall with his police team. He saw some doughtfull people who were trying to escape from checking.
The suspects were checked and a illegal weapon was recovered from them.
According to SP City Nipun Aggarwal,” Kotwali police arrested 3 accused namely Rohit, Nadeem and Sanaullah. More then half dozen illegal country made pistol were recovered from them.
They were using these illegal pistol for robbing.”