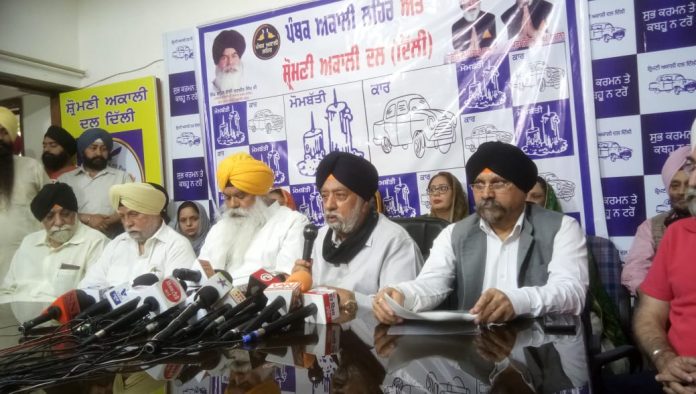 NEW DELHI— With a common goal to uproot anti-Panthak Badals from the DSGMC, the SADD and Bhai Ranjit Singh, former Jathedar of Sri Akal Takht Sahib, have forged an alliance for the upcoming elections to the Sikh religious administration.

The Panthak Lehar backed by the former Jathedar will field its candidates on those eight of the 46 DSGMC wards as part of their alliance.

“Our objectives are common — uproot the forces which have betrayed the Panth and destroyed our Sikh educational institutions. We share a common vision of restoring GHP Schools to their past glory and turning them into highly respected institutions of school education like those where people now queue up for nursery admissions,” Sardar Sarna told reporters.

Bhai Ranjit Singh echoed the same views, saying the SADD and the Panthak Lehar will ensure the DSGMC is freed up from the most corrupt and incompetent control of the Badals.