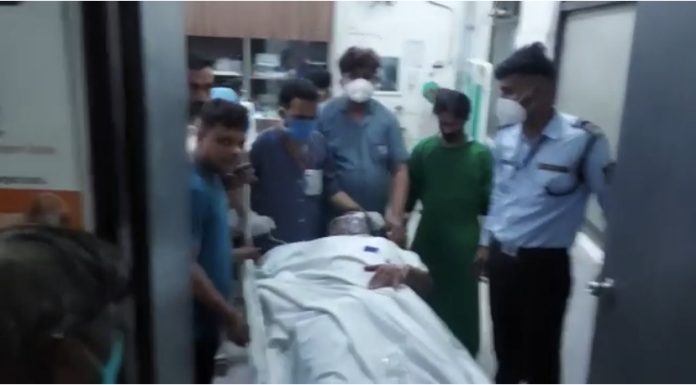 Diamond Yadav |Sr. Correspondent
Moradabad: Majhola police station area of ​​Moradabad district, today at around 10 o’clock Deepak was returning home from Lajpat Nagar as he reached  near Kapoor company then five miscreants who came on two bikes fired five one after the other, it is being told that Deepak’s friend ran the bike waving fast, due to which the attackers were able to shoot Deepak with only one bullet,
The injured has been admitted to Sai Hospital, former SP MLA Haji Yusuf Ansari also reached the hospital to see the injured.  The police, who reached the spot on information, have also started investigating the incident.