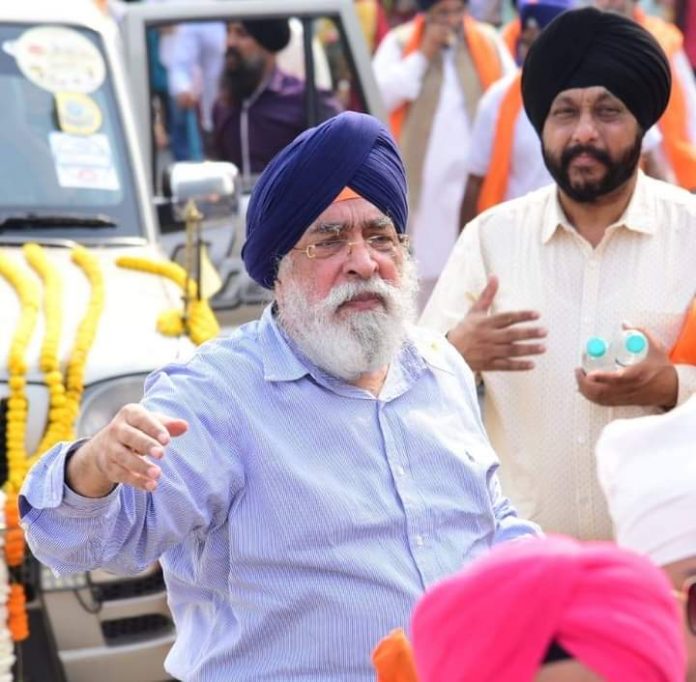 NEW DELHI, Oct 23 — With the Delhi High Court posting MS Sirsa’s challenge to his disqualification as DSGMC member to later next month, the SADD expressed its grave concern over the Badals siphoning off gurdwara wealth on defence of their disgraced stooge in the national capital.

When the Sangat rejected Sirsa in his own Punjabi Bagh ward, the Badals activated the SGPC to push him into the DSGMC through the back door, party chief Paramjit Singh Sarna noted.

“When Delhi’s gurdwara directorate tested Sirsa’s religious and Gurmukhi literacy and failed him for his utter incompetence, the same Badals then mounted a legal challenge to protect their mafia leader’s DSGMC slot. Worse, they spent Rs two crore from the SGPC coffers alone and are splurging the Sangat’s Dasvandh to gurdwaras in Delhi to fight Sirsa’s case.”

No newly-elected member has yet taken oath of office, but the Badals are extending five-star hospitality to many of them in lavish holiday resorts up on the mountains and along the seaside — all paid for from the DSGMC exchequer, the Panthak leader noted.

He warned the Badals that they immediately stop looting Guru ki Golak to facilitate backdoor entry of someone as criminal as Sirsa into the gurdwara administration.

Sarna vowed to launch a Panthak campaign against this brazen embezzlement of gurdwara resources if the Badals didn’t put a full stop on their robbery of Guru ki Golak.

“Members of the Sikh community from across the world have reached out to us with calls to take stringent legal measures aimed at stemming any further erosion of Delhi’s gurdwara wealth on mafias like Sirsa. We are duty-bound to take all such steps in the larger interest of the Sangat,” Sarna warned the Badals.