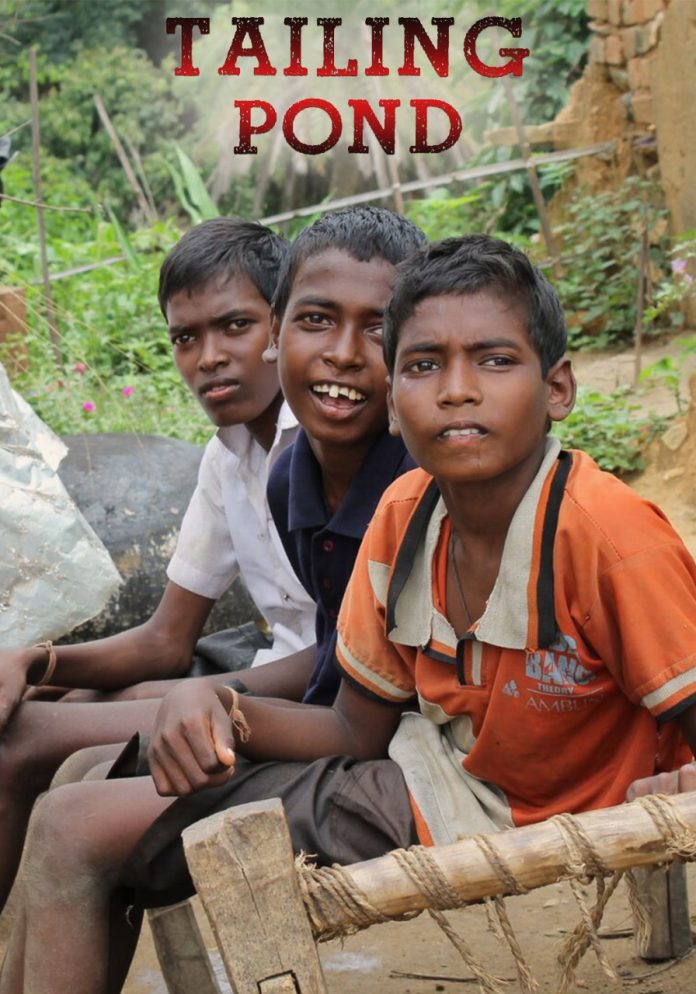 Tailing Pond is a well-directed documentary by Saurav Vishnu (a native of Jamshedpur), focusing on Jadugora residents’ plight. It starts by picturing the beautiful views of Jadugora village, a few miles from Jamshedpur (India), with kids kicking a ball in the fields. Some kids are seen cheering from the sidelines, living a terrible fate of their limbs crumpled by uranium poisoning. The impactful 24-minute documentary dives deep into the reason behind it and narrates the horrors faced by the people living in Jadugora over the past few years.
Situated in Jharkhand, Jadugora is the ancient home of tribal people who have sustained their livelihoods on the land for centuries. After discovering uranium in 1951, the Indian government was eager to establish itself as a nuclear power by extracting the mineral to build weapons. Uranium Corporation of India (UCIL) was responsible for setting up a mining plant in 1967, where things took a turn for the worst. Tailing Ponds (known as pools of uranium waste) were left unattended by the government officials, which began to contaminate the groundwater and soil, destroying the lives of villagers living near the mining plant. Within days, children fell ill and died, and women were subjected to painful pregnancies, giving birth to children with skeletal deformations and illnesses.
Through the documentary Tailing Pond, Saurav Vishnu makes the world aware of this ugly and painful reality and debates the government’s refusal to acknowledge its role in this man-made plague. It took him five years and over 160 hours to carefully capture the awful price Jadugora’s residents paid for the success of India’s nuclear program.
Tailing Pond has screened at multiple Indian and international film festivals and bagged ‘The Best Film’ award at the Jaipur International Film Festival and New York Indian Film Festival. American actress Cynthia Nixon, best known for her spectacular performance in Sex and the city, gave her beautiful voice to the film.