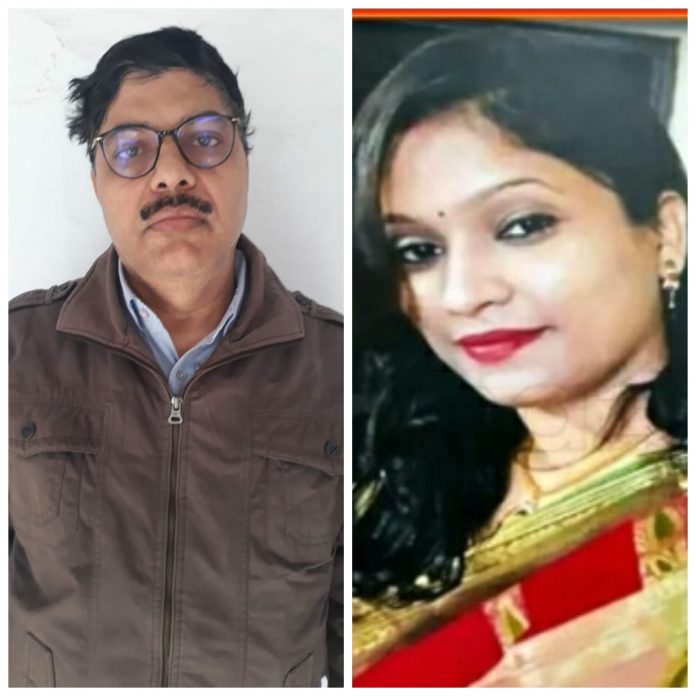 Ghaziabad: The team of SIT (Special InvestigationTeam) of Ghaziabad Police arrested Ramnath Mishr, the terminated AGM (Assistant General Manager) of PNB (Punjab National Bank) on Thursday here. He is alleged of involvement in loan scam of 400 crore to loan mafia LakshyTanwar. All there loan were sanctioned during 2012 to 2020 from Punjab National Bank, Ghaziabad branch.
Lakshy Tanwar is behind the bars in Ghaziabad District Dasna Jail since August. There are 39 cases registered criminal cases against him and his family members regarding fraud loan sanction worth 400 crore, said a senior police official.

The investigation officer of SIT, Shrinivas Yadav said, Ramanath Mishr is the second ex-Punjab National Bank’s officer, who is arrested in the fraud bank loan scam. He had played an important role to sanction loan to Lakshy Tanwar unauthorizedly and Bank has to bear financial loss of 50 crore. There are registered twelve criminal cases including gangster act in various loan issues.
The SIT senior official said, Ramnath Mishr native belongs to District Patna of Bihar state. He was posted as chief manager in Branch of Punjab National Bank located Chandernagar when there was issued illegal loan from his bank. He had directly link in forgery issuing loan. Ramanath Mishr was promoted as Assistant General Manager and transferred to Agra. But after busting the loan scam, an enquiry was set up by Bank higher authorities and he was held guilty by investigation team. After getting his held guilty report and he was terminated from his services by Punjab National Bank’s authority. He is arresting from Delhi. He had hidden himself there and passing his absconding period.
Three days ago, terminated from bank in this scam, then loan manager Smt.Priydarshni was arrested from Ariha Society, located under Bishrakh Police Station of Noida. She was absconding after lodging FIR against her.

There are nine FIRs against her in various sanctioned loan to Lakshy Tanwar basic on forge documents. Priyadarshi, the native resident of Distt Aara(Bihar) lives with her husbad in Vrindavan Society, Radheshyam Park, under the jurisdiction of Sahibabad police station, but she was absconding after registered criminal case against her. She was terminated two months ago from her Bank Authorities after she was found guilty in official investigation.She was hidden in the house of her husband’s relative to keep away herself from police arresting, added the investigation officer.