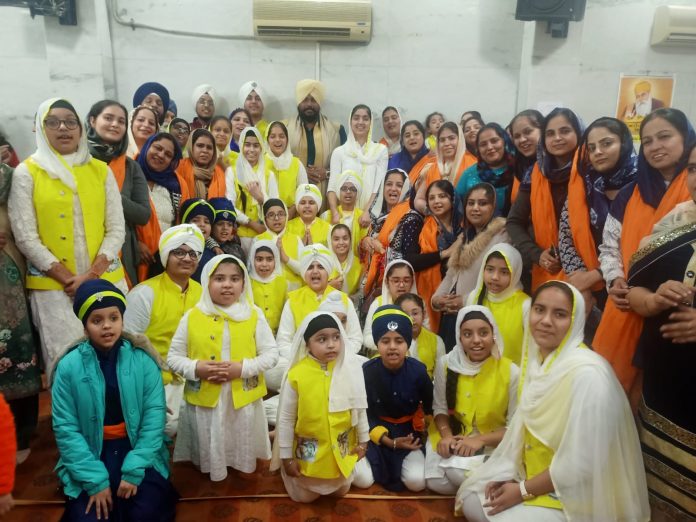 Ghaziabad: Samagam was organized by small children at Gurdwara Sahib, Sector 10, Raj Nagar, Ghaziabad. It is important that the Sikh society all over the world remembers the martyrdom of the four Sahibzadas of Guru Gobind Singh, the tenth Guru of the Sikhs, in the last week of December.
The elder two Sahibzadas Ajit Singh and Jhunjhar Singh aged 17 years and 14 years attained martyrdom in Chamkaur. The younger two sahibzads, aged 9 years and 7 years, who were bricked alive.

From the beginning to the end, the children performed this ceremony. Mothers of children contributed a lot in this event. While the people are battling with the cold wave, the mothers of these children got them prepared for 10 days in the same cold. Distinguished and honorable people of Ghaziabad participated in the form of accompaniment. To increase the enthusiasm of the children, they were awarded by reward and shield. Sikh society has always remembered the history of its gurus.

Sahibzadas gave martyrdom to save the human rights. He had no differences with any particular religion. Rather, there was a war against the ideology that trampled humanity under the guise of religion. The martyrdom of the four Sahibzadas is a symbol of saving humanity all over the world.