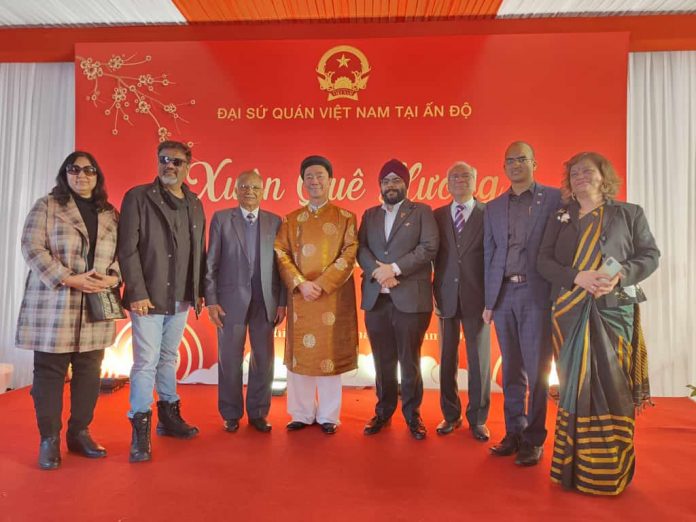 New Delhi- World Sikh Chamber of Commerce Founder & President Dr.Parmeet Singh Chadha was specially Invited for Lunar New Year & Spring Festival Celebration at Vietnam Embassy.
H.E. Mr. Pham Sanh Chau, Ambassador of the Socialist Republic of Vietnam to India, Celebrated the Lunar New Year & Spring Festival by hosting a Lunch & Reception at New Premises of the Embassy, at Chanakya Puri, Delhi.
In Vietnam it was celebrated on February 08, 2022. The festival is called as Tet Festival in Vietnam & Tiger is the Symbol of this Year.
It is called Lunar New Year because it begins with the rise of the second new moon after winter solstice.
Many communities call it Spring Festival – Good Bye to Old Year, Attract Luck & Abundance in the New Period which is about to begin.

The Holiday is Celebrated by 2 billion people around the World.