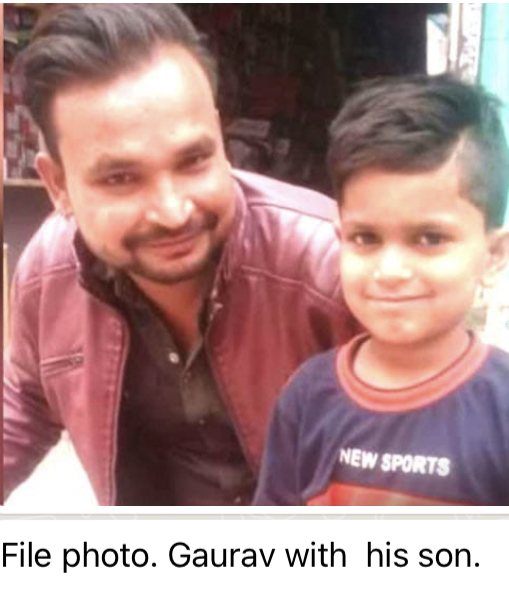 Ghaziabad. In the jurisdiction of Nandgram police station area, a shikanji seller young man was beaten to death for asking to pay Shinkji. The murderers were annoyed too much when shikanji seller said to pay shikanji.The incident took place on Friday. Police have registered a case against three people including the e-rickshaw driver in this murder case.

CO Sihanigate Alok Dubey said that Gaurav Kashyap (30), a resident of Mangal Wali Gali in Arthla of Sahibabad, used to use shikanji cart near Hindon metro station in Nandgram police station area. Rickshaw driver Bobby had reached Gaurav Kashyap with two passengers on Thursday night. Where Bobby, along with his passengers, drank Shikanji. After drinking shikanji, when Gaurav asked for money, Bobby got angry and started beating him. It is alleged that Bobby and his associates attacked Gaurav with an iron rod.

When Gaurav was attacked with iron rod, he injured seriously and fell down on road. The accused were fled from spot. The police hospitalized Gaurav in a private hospital for treatment. Where he was declared dead on Friday morning by doctors.

In this case, Gaurav’s wife Jyoti has filed a case against three people including Bobby in the police station Nandgram. The CO Sihanigate claimes that accused Bobby has been arrested.

In the police interrogation, accused Bobby told that he had gone to Gaurav Kashyap to drink Shikanji with the passengers. But Gaurav used a bad lemon in the shikanji. So he refused to pay the money. When he started going ahead with the passengers, other shikanji people present on the spot along with pride grabbed the e-rickshaw from behind.

Due to which the e-rickshaw overturned and due to which Gaurav got injured. Who died during treatment on Friday morning. The police are on the job to arrest two absconding accused, said senior police officer.