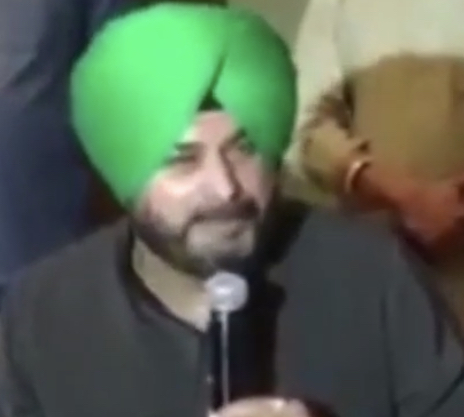 New Delhi/Patiala: The ex-cricketer and Congress leader Navjot Singh Sidhu surrenders in Patiala court on Friday, where he would imprisoned for an year in a 34 year roadrage case. He was sentenced one year imprisonment by Supreme Court on Thursday.

In December, 1988, Navjot Singh Sidhu had hit a punch to Gurnam Singh, 66years old man and later he was dead. The was registered FIR against Sidhu and his friend Rupender Singh allegations of unintentional murder. The lower court of Patiyala had acquitted Navjot Singh Sidhu.

The Supreme Court imposed only one thousand rupees as fine finding Sidhu guilty of hitting only in 2018. But the deceased family was not satisfied was Supreme Court decision. They filed to reconsideration plea against this decision. However Sidhu had requested to dismiss the this plea seeing his fair image and political status, but SC had rejected his plea rejection application.

The Supreme Court heard the plea of reconsideration and after seeing all facts of this case on 19 May, 2022, the Supreme Court sentenced Navjot Singh Sidhu one year rigorous imprisonment. After second time conviction by Supreme Vour, there was no other way to run away from imprisonment, so Sidhu surrendered in Patiyala Court today.. He will be imprisoned in jail as convicted prisoner for one year.