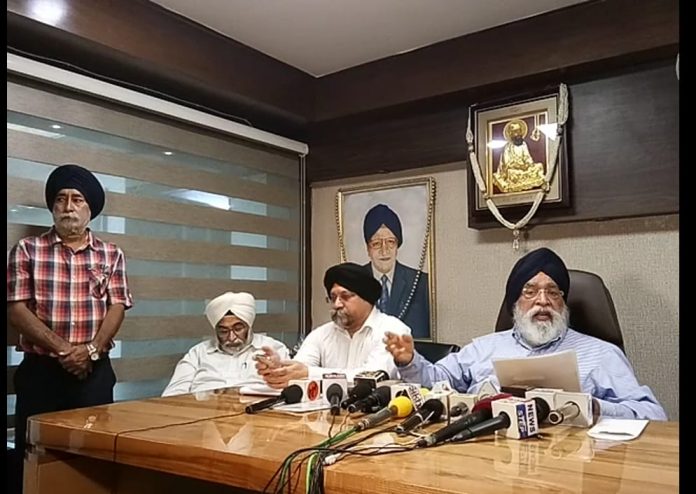 NEW DELHI — The SADD charged the Sirsa-Kalka duo with perjury after the DSGMC gave a false testimony in the court that previous managements collectively owed 135 crore in salary bills to the staff.

Without producing any corroborative evidence Harmeet Singh Kalka’s counsel submitted a vague chart in the Delhi High Court, which falsely claimed the DSGMC under the Sarna brothers owed Rs 81 crore and Rs 54 crore under Manjit Singh GK to the employees.

In 2013, the new committee committed to adopt the sixth pay commission for the staff, but the move was constantly scuttled by Manjinder Singh Sirsa on various grounds and through various means, Sarna said.

“Sirsa never let the process of the sixth pay commission fructify. Rather, both Sirsa and Kalka ensured it never see the light of the day,” the SADD chief said.

He came down heavily on the duo controlling the DSGMC for their false submission before the High Court regarding outstanding dues.

“They tried to pass the blame of non-payment of salary dues on us and on Sardar Manjit Singh GK. Earlier, they abandoned the ownership of GHP Schools in the court of law. We will not let them run from their responsibilities with these white lies.”

Sarna demanded both Kalka and Sirsa be held for perjury and charged with fraud and forgery.

He demanded a judicial commission be immediately set up on DSGMC finances.

“Such a commission be tasked with investigating the finances of the DSGMC from 2002. The books should be audited forensically and a white paper be issued fixing accountability for the collapse of the committee’s financial health.”