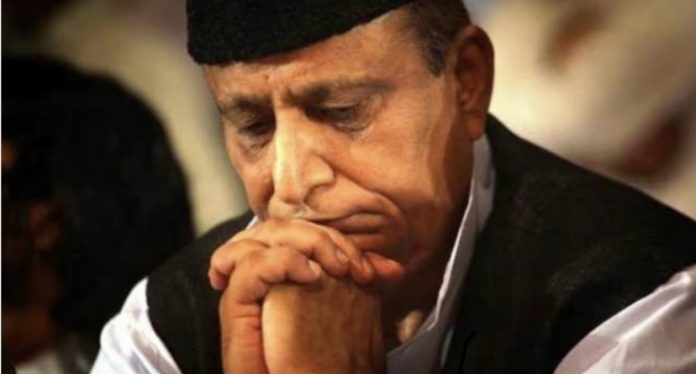 Rampur: The Samajwadi Party MLA Azam Khan has been sentenced for three years imprisonment by Rampur MP-MLA court in the inflammatory speech case. Along with imprisonment, a fine of Rs 25,000 has also been imposed on Azam Khan.

On Thursday, Azam was sentenced on Thursday by the MP-MLA court located in the Rampur District and Sessions Court complex. It is likely to cancel Azam’s membership of Legislature Assembly of Uttar Pradesh as he is sentenced to three years. According to the rules, no MLA can be considered as member of the Legislative Assembly if he is sentenced to more than two years in any criminal case by the court.

Azam Khan has been sentenced by the MP-MLA Court of Rampur in the provocative speech case given by him on April 7, 2019. In his speech, Azam Khan had made objectionable remarks regarding Prime Minister Narendra Modi, UP Chief Minister Yogi Adityanath and the then District Magistrate of Rampur. A case was registered against him under sections 125, 505A and 153A in Milak police station.

The police had charge sheeted him in court. The Court had held him guilty after hearing both the parties on Thursday at noon and was sentenced in the evening