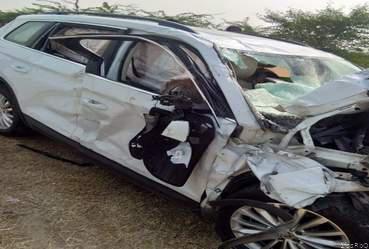 The police has started initial investigations. Primafaceae, the cause of this incident is being considered fast high speed of the cars. The police has not officially provided any information regarding this accident.
In the accident, the bodies of four people including the dead woman have been taken over by the police. After the primary examination, they will be sent for post-mortem.