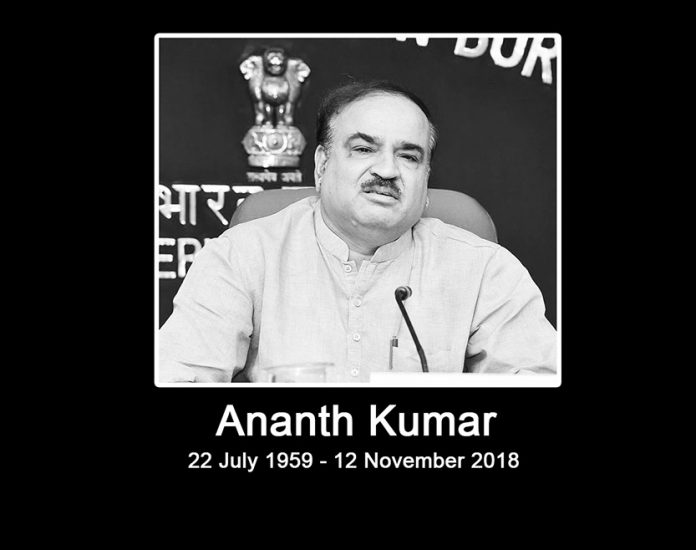 Bangaluru: Union minister and six-time Bharatiya Janata Party MP Ananth Kumar died at a hospital in Bengaluru early hours of Monday.He was suffering from cancer and had come back from the US in October after treatment at the Memorial Sloan Kettering Cancer Centre, New York.

He represented the Bengaluru South constituency in the Lok Sabha for 22 years (Since 1996).He was in charge of the Chemicals and Fertilizers ministry since May 2014 and Parliamentary Affairs since June 2016 in the Modi government.
He handled several other ministries in previous governments.